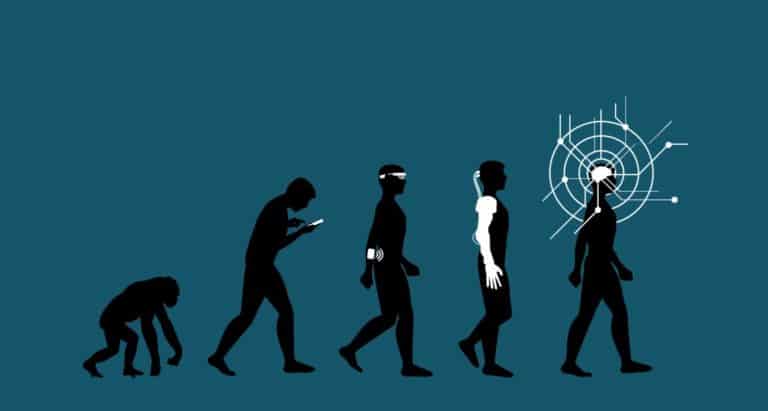 The last ten years have brought more developments to emerging technology trends than at any other time in our history. From major developments like social media platforms and personal drones to smaller innovations like touchscreens, the world looks completely different than it did at the turn of the century.

One of the most pressing questions people around the globe have been asking themselves is “How can I make money from technology?” There is certainly a lot to earn. According to a report by Inc.com, the combined assets of Apple, Alphabet, Amazon, Microsoft, and Facebook amount to more than $3.5 trillion. That is more than the UK’s GDP.

And the money train will not slow down in the near future. Below are three emerging technology trends that will continue to grow in the near future and which you can use to generate a healthy income for yourself now.

Contents show
Best Emerging Technology Trends
1. The Shift Towards Online Commerce (E-commerce)
Brick and Mortar is Losing Ground
Make Money in the Digital Space
2. The Development of Smarter, Faster AI
Using AI to Utilize Big Data
How to Use AI to Your Advantage?
3. A Growing Concern with Cyber Security and Privacy
Privacy Settings Aren’t the Only Concern
Better Security Will Come to the Forefront

1. The Shift Towards Online Commerce (E-commerce)

2018 was a turning point for the online distribution sector for several reasons. Adobe Analytics released a report that revealed some startling revelations based on last year’s Black Friday sales:

In addition, Statista published a report showing that online transactions accounted for 10% of all retail sales in 2018. This figure is expected to reach 14% by 2021.

Brick and Mortar is Losing Ground

All these figures lead to one irrefutable conclusion – buyers are moving away from transactions in shops and shifting to the Internet. As this trend continues, I expect that more and more companies will begin to close their retail locations and move their services exclusively to the digital domain. People who want to make a living in the retail sector will either have to adapt to online trends, switch to a more traditional company, or change industry.

SEE NEXT:  What Is The Slowest Car In The World?

Make Money in the Digital Space

With the shift towards online trading and the decline of traditional businesses, the smart entrepreneur will develop a business model that uses the Internet as the primary sales tool. If you want to benefit from this trend, you need to register a website for your business, set up an online shop, and move your business into the digital domain.

2. The Development of Smarter, Faster AI

There was a time when artificial intelligence was something that was both completely outside the realm of possibility and something to be feared. Films like The Terminator and The Matrix introduced worlds where AI systems tried to either enslave or eliminate the human race. Now that AI is becoming more and more commonplace, the only battle we’ll have with it is if Alexa or Siri don’t turn on the TV the way we asked them to.

Of all the different sectors that are gaining ground in the field of AI, the trend towards using AI to analyze, understand, and apply large amounts of data is the most promising. Companies around the world, both within and beyond the emerging technology trends, now rely on large amounts of data to make critical business decisions. They use data to make purchasing, sales, trends, and strategy decisions.

Daniel Newman, who writes for Forbes, estimates that of the 99% of the world’s available data, only about 1% is being used to its maximum potential. This is a problem. As people rely more and more on using numbers to determine what a millennial college student will buy in a year, companies must be able to use more.

How to Use AI to Your Advantage?

There are three main areas where AI as a money-making tool is something you should definitely consider for yourself. Towards Data Science listed it as:

If you want to earn a healthy income with AI, take a development position in one of these emerging technology companies.

SEE NEXT:  The Best Tablet for Kids for Learning and Play

If you keep up to date with current events, you may remember that Mark Zuckerberg from Facebook had to testify before Congress last April. The reason for that? Cambridge Analytica had used user data provided by Facebook to influence the campaign of then-presidential candidate Donald Trump. And they did so without the permission of these users.

That was just the beginning. A December CNN report revealed that Facebook had also allowed other companies such as Amazon and Spotify, as well as foreign companies such as China’s Huawei and Russia’s Yandex, to view users’ data, including their private messages. This sparked outrage and led to people demanding to know how “private” their private data really is.

As if that weren’t enough, what Facebook did was, by any stretch of the imagination, not moral, but perhaps not entirely illegal. This debate is not yet over. What is 100% illegal, and increasing every year, is the number of cybersecurity breaches happening all over the world.

As reported by Wired, one of the worst in recent times occurred in 2017, when Russian hacker groups hacked the US power grid. Although nothing bad came out of it, analysts later determined that the hackers had access to the controls to shut down the entire network. This could have caused widespread chaos, the economy would have collapsed and countless people would have lost their lives.

Better Security Will Come to the Forefront

For those who want to capitalize on new technology trends, cybersecurity is always a safe bet. Barring a catastrophe that takes us back to the Stone Age, there will always be a need for cybersecurity, and that need will continue to grow.

And companies are prepared to pay a lot of money for specialists who can meet the growing demand. Zip Recruiter claims that an entry-level cybersecurity specialist can earn $79,500, while an industry veteran can earn over $122,500. Some areas you can investigate within cybersecurity are:

The possibilities are extensive and they will always be there. The only decision you have to make is where your interests primarily lie.

Read next: 7 Ways Flying Drones Will Be Changing Our Future!