Apple’s Smartwatch Series 4 release is a highly anticipated event and while the watch will be fairly straightforward, Apple plans to offer a significant number of options with their watch bands. Despite speculative reports to the contrary, Apple watch bands will be sold as separate accessories at the launch of their watch, according to sources in-the-know. In their advertisements and promotions so far, Apple has only displayed the watch in pre-assembled collections which appeared to suggest reduced potential for customization.

However, sources now say that the retail outlets will be stocked with individual straps so interested customers can mix and match the looks of their watches. This announcement is certainly a step forward for Apple and their upcoming watch release. The company had hinted at millions of potential combinations for the watch faces and strap combinations. However, it was only recently that confirmation was given that this would actually be the case.

While Apple doesn’t want to release all of their details about the watch, there are some that have been shared so far. The watch is going to be available in three different models: Apple Watch Series 4 (Gold), Nike Sport, and Black Edition. Each of these models will offer a selection of the six straps that Apple has shown so far. 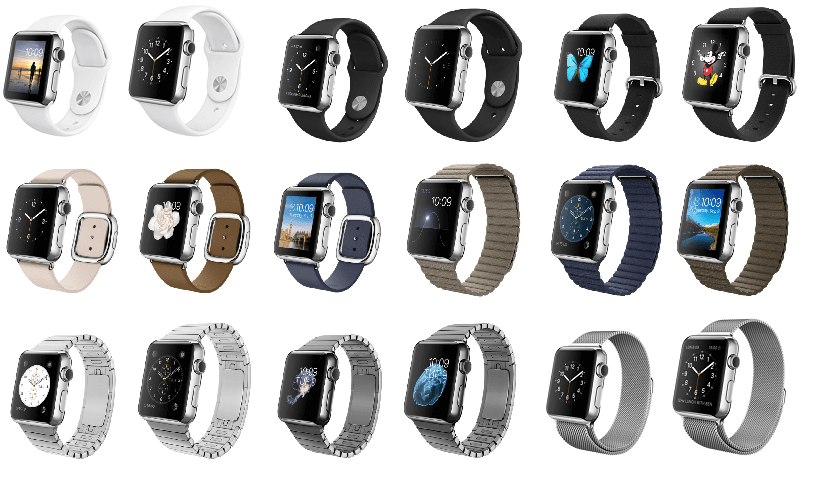 The straps will be available in the 38mm size, 42mm size, or both. However, some of the straps that Apple is showing on its site – like the modern buckle and the leather look – are going to be limited to just one of these models in select colors. It’s unclear why Apple is limiting certain straps to either sizing option in their lineups.

How Your Company Can Stay Connected Virtually

However, the Sport line is going to offer all of the strap options and colors for both sizes. While it remains unclear at this time, it is certainly possible that some of the straps that are currently shown as limited to either the 42mm size or the 38mm size will eventually be available to purchase for the other size as well.

It certainly makes sense to offer some of their straps and bracelets as standalone accessories. For example, not offering straps for the 18-karat Gold Edition may be something that Apple is doing strategically to increase the exclusivity of those models. They may end up selling as high-end fashion items that come with matching price tags. Until Apple releases more details about the watches, or until they are released, it’s unclear what their strategy is in this regard. However, this theory would be in line with what Apple has done with previous models.

Currently we do not have confirmation on which straps Apple plans to make available to purchase separately at the upcoming launch, or if the options are going to reflect all of the variations of this device currently shown on their site. Based on their sales and marketing strategy in the past, it’s certainly very likely that Apple is going to offer straps beyond the designs that they’ve released so far. However, even with this speculation in place, one thing is certain: the watch is highly anticipated and is going to be one of the significant sellers for Apple when it is released.