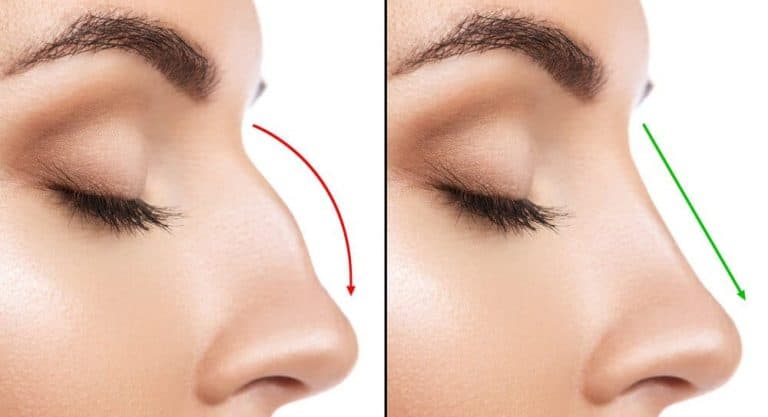 Nearly a quarter of a million men and women have undergone cosmetic nose surgery in the last year, but did you know that almost a quarter of these procedures are due to previous nose operations? Revision rhinoplasty is the quiet little secret among those who are looking for a surgical improvement to their face or figure.

Contents show
Why Revision Rhinoplasty ?
What are the risks of a poorly done nose reshaping?
Reconstructive Surgery
Who is not a good candidate?
Who is a good candidate for reconstruction of the nose?
Dr. Andres Bustillo

Well, despite the general satisfaction rate of those who undergo cosmetic surgery on the nose, the work on the nose, which is located in the middle of the face and has slight cosmetic blemishes, is very delicate. So tricky that many plastic surgeons do not even consider it and concentrate on less invasive procedures such as abdominoplasty and breast augmentation.

But hundreds of doctors try out cosmetic nose operations, and the less experienced among them sometimes leave behind less than excellent results.

What are the risks of a poorly done nose reshaping?

The first and most important risk is bad expectations. Some doctors are simply bad at their first consultations, so potential problems like thin skin or the general shape of the nose are overlooked. Many young doctors in particular do a poor job of communicating the limitations of plastic surgery.

Secondly, some doctors are poorly trained or simply overworked. Although their plastic surgery techniques can be performed in the short term, they do not do justice to their patients in the long term. These doctors remove too much bone or cartilage from the underlying nose during the operation, and after a few months this defect really shows, especially in the middle of the nose. The effect of cosmetic surgery should take into account the effects of time, scarring and growth, and leave a natural, untreated appearance.

SEE NEXT:  How to Find the Right Patient Recruitment Services

After all, some doctors simply overlook their patients’ ability to breathe normally, and even weeks after their first surgery, a significant number of patients still have breathing problems.

Whatever the reason, in the end about 25% of patients with cosmetic nose augmentation opt for a second operation to correct the defects left by the first operation. And even these defects are not always due to a medical error. Sometimes the body simply reacts to the original operation in a way that neither the patient nor the doctor could have foreseen.

And now the tricky part: finding a qualified doctor to make the corrections. If you think that an initial cosmetic reconstruction of the nose is difficult, wait until you start to consider reconstructive surgery. Only the most courageous and talented plastic surgeons dare to go there.

A reconstructive surgeon must know exactly how to reshape a nose with skin grafts so that the nose ends up contoured and looks natural. And he must first have intimate knowledge of cosmetic nose surgery. This leads us, the patients, to search the Internet or the Yellow Pages for a plastic surgeon who is an expert in facial reconstruction. We will talk more about this later, but let us first talk about who is a good candidate and who is not a good candidate for modifying a previous cosmetic nose surgery.

Who is not a good candidate?

In this category, the first candidates are those who have recently had a first operation. Men in particular seem to fall victim to this. But whether it is obvious or not that the first operation was a failure, the inside of the nose needs time to heal from the scars. This usually takes at least a year after the previous operation, and some reconstruction doctors insist on two years.

The second category of patients are those who had unrealistic expectations from the outset. Here the failure was not so much in the procedure but rather in the lack of communication between doctor and patient. Here the doctors for facial reconstruction sometimes have to be the bad guy and say: “I’m sorry, but what you have is as good as it gets.

SEE NEXT:  3 Tips To Hire The Best Chiropractor

Who is a good candidate for reconstruction of the nose?

Apart from those who have unreasonable expectations or who have simply had an earlier operation that did not heal, there are some perfectly legitimate reasons to undergo plastic surgery a second time.

The first reason is unexpected healing results after the first operation. In combination with the reduction of the underlying bone and cartilage as the body heals, sometimes new defects seem to replace the old ones.

Another fact is the continued poor breathing. If scars or cuts in questionable areas have caused you to struggle with poor breathing, you are certainly a good candidate for reconstructive surgery. Some people have been operated on because of their poor breathing, so your breathing should be better rather than worse after the operation.

Another reason for reconstructive surgery on your nose is asymmetry or, alternatively, the collapse of the cartilage that supports the nose.

If you are considering a revision rhinoplasty in the Miami area, you should definitely seek advice from a plastic surgeon, Dr. Andres Bustillo.

Dr. Bustillo is a state-certified plastic surgeon with over 15 years of experience and has been a leader in revisionist facial reconstruction for many years. You will also find that Dr. Bustillo is at the forefront in open communication. He believes in a conservative, minimalist approach to plastic surgery, and if it is too early to consider a second operation, or if it is doubtful that a second operation is unlikely to correct the defects, he will discuss this openly with you. And if you are a great candidate for reconstructive rhinoplasty, he will do everything in his power to reassure you that your second operation will be better than the first.

Related Posts:
We use cookies to ensure that we give you the best experience on our website. If you continue to use this site we will assume that you are happy with it.OkPrivacy policy