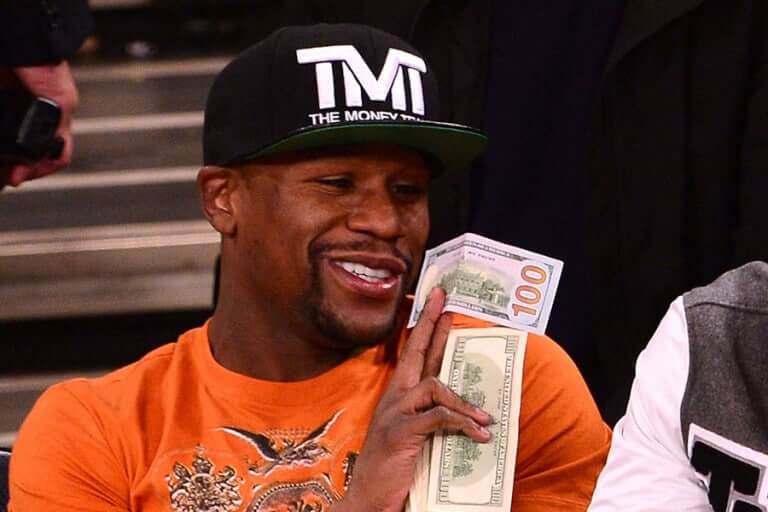 Sport requires skills and years of practice, and not everyone can master the sport. People dedicate their lives to achieving excellence in their sport and what makes them great. Each of the richest athletes has hours and hours of hard work behind them to achieve the impossible. Being at the top in any sport is one of the hardest things to achieve, and people who perform this feat earn millions.

There are hundreds of thousands of athletes who play professional sports, but not everyone becomes a king. Only a handful of athletes get rich beyond belief.

They are paid because they have achieved the impossible: they have mastered their sport. Among the many athletes who earn millions, below are the ten highest-paid athletes in the world. They earn money not only through sport but also through sponsorship contracts. This list of the ten highest-earning athletes is based on the annual “Highest-Paid Athlete Report” by Forbes magazine.

Here’s the list of the 10 highest paid athletes in the world.

Kobe Bryant is probably one of the biggest names in basketball. He plays for the Los Angeles Lakers and has been called “The Greatest Basketball Player”. This 17-time All-Star and 5-time NBA champion will have total earnings of $49.5 million in 2015. Even after many injuries and controversies, Kobe is at the peak of his career. His sponsorship income amounted to $26 million. His contract with Nike and many other brands has put him in the top ten of the best-paid athletes of 2015.

The name that needs no introduction, Tiger Woods is considered the greatest golfer of all time. Not only is he the most successful golfer of all time, he was also the highest paid sportsman in the world, for seven years without interruption, until his life was turned upside down after his wife exposed him as a serial cheater. He lost all his endorsements overnight, but after a few years he was at the height of his career again. His total earnings in 2015 were $50.6 million; he earned $50 million through sponsorship. He has won 14 major titles and won his first before he turned 20.

Phir Mickelson is a professional American golfer who has won 42 events on the PGA Tour and 5 Major Championships and will be inducted into the World Golf Hall of Fame in 2012. He is one of 16 golfers in history to have won at least three major professional titles in one year. He has spent more than 700 weeks in the official Top 10 World Rankings of golf. Among golf fans, he is known as “Lefty”. His earnings through sports amounted to $2.8 million, but it is endorsements that keep him in the top 10 list: he earned $48 million through endorsements, which brought his total earnings to $50.8 million.

SEE NEXT:  A Beginner’s Guide to Investing in Franklin Templeton Mutual Fund Schemes

Kevin Durant is an American basketball player who plays for Oklahoma City Thunder in the NBA. The 26-year-old player is 6’9″ tall and has already won NBA scoring titles four times. In 2014 he signed a 10-year contract with NIKE, estimated to be worth $300 million. He is the best in his field, and that makes him one of the richest players in the world. He earned $35 million through his support, and his total earnings in 2015 will be $54.1 million.

LeBron James is one of the best players in the history of basketball. He may not be at the top of the list, but he is the highest paid basketball player in the world. LeBron James plays for the Cleveland Cavaliers in the NBA and has won two NBA Championships and four NBA Most Valuable Player (MVP) titles. His support of NIKE, Kia, Coca-Cola and Beats by Dre has brought him to a higher rank. His total earnings amount to $64.8 million, of which $44 million is generated through sponsorship.

One of the most famous sportsmen in the world, there is no one who does not know Roger Federer. He is one of the greatest tennis players of all time. This Swiss player has won 17 Grand Slam singles titles, which is a record, and he was number one for 302 weeks, another incredible record. Roger Federer is currently number 3 in the rankings and 2015 was a tougher year for him, but he still manages to make it into the top 10 best paid athletes. He earned $58 million in sponsorship money, and his total earnings were $67 million.

I don’t think there’s anyone in the world who doesn’t know Lionel Messi. This wizard of Barcelona is one of the great footballers of all time. Messi is just 27 years old and has achieved more than footballers twice his age. He is a direct competitor to Christiano Ronaldo. This Argentinian legend is not only top in money but also in his game, having won the FIFA Ballon d’Or a record five times, including four times in a row.

SEE NEXT:  Is A Debt Consolidation Loan Helpful for Paying Off Multiple Debts?

He has also helped his Barcelona team to win several titles in Spain and Europe. He is also Barcelona’s all-time leading scorer. All these skills and phenomenal talents have earned him $73.8 million, of which $22 million is earned through sponsorship. He is unstoppable in football and in earning.

He is probably one of the most famous football players of all time. Ronaldo is famous for his exceptional speed and extraordinary appearance. He is also one of the most stylish footballers of today. Messi and Ronaldo are rivals in all areas, particularly in earning money. He plays for Real Madrid, and at the time of the transfer from Manchester United, he became the most expensive player in the world with a transfer fee of $132 million.

In 2012 he was the first player to score a goal against every team in the league. Not only has he outperformed the footballers on the field, he has even done so in the money game; he is the highest paid footballer in the world. His total earnings are $79.6 million, $6 million more than Leo Messi. He earns about $27 million in sponsorship money. All his style and dribbling pays off for him.

Manny Pacquiao is a Filipino boxer; he was also named “Fighter of the Decade” by the Boxing Writers Association of America. He also fought a fight with Floyd Mayweather, which was the highest-grossing fight in recent history. Although he lost the fight, he became the second highest-earning athlete in the world with $160 million in his pocket. He earns twice as much as Christiano Ronaldo. His income comes from prize money that contributes $148 million, while he earns only $12 million in sponsorship money.

Floyd Mayweather was an American professional boxer. He recently retired from professional boxing. He is considered one of the greatest boxing legends of recent times. He has fought 49 fights and won in all of them, 26 of them with knockout. He retired undefeated. He is a five-time world champion.

He makes money faster than he knocks down the other guy in the ring. In 2015, he earned $300 million, which is twice the earnings of Manny Pacquiao. Mayweather has generated about $1,311,000,000 in pay-per-view earnings and $19,530,000 in pay-per-view purchases over the course of his career, more than any other boxer in history. Most of his earnings come from prize winnings; only 15 million dollars is earnt through sponsorship money.