How do metal detectors work?

The metal detector is one of the most important inventions in modern times. It has literally saved lives countless times, and it’s helped to recover billions of dollars worth of lost or stolen goods every year. But what does a metal detector do? How does it work? And why are they so darn expensive?

A quick look at any metal detector will tell you that they’re not cheap – but how much can a few thousand bucks really buy you? A lot more than you might think! In this article, we’ll take a closer look at what makes these amazing machines tick and see if we can’t figure out just where your hard-earned money goes when you invest in one of these devices. 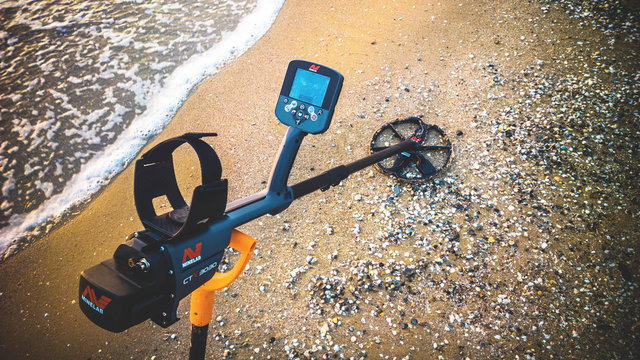 What are metal detectors, and how do they work

A metal detector is an electric device that helps identify the presence of metals. It does this by sending out an electric current through the ground. This current induces a voltage in nearby conductive metals, such as coins or jewelry. The information about what types of metals are present and how far away they are sensed is then relayed to the user via a watch or other device. Metal detectors are used by people who need to find objects that have been hidden from their view. For many people, this means finding lost keys or other personal items around the home.

How a metal detector works

Much like electricity can be induced in a wire, an electric current can also be induced in metal objects. This is the idea that makes induction metal detectors work so well at finding lost items. A good example of this concept is your home wiring and outlets. When you flip on a light switch, you create an electrical charge that flows through the wires connected to that outlet. The charge makes its way to the lamp plugged into that outlet, causing it to light up. If you want a stronger current in your wiring, you can add more lights, which will cause even more charges to flow through the wires and create stronger currents.

Metal detectors work on the same basic principle by sending out an electric current through the ground. This current induces a voltage in nearby conductive metals. It then measures the effects of this current on its pickup coil to determine what types of metal are present and how far away they are located.

When an induction metal detector receives the current from the coil, the metals in its vicinity create a magnetic field around them. This affects how much current is received by the coil and how quickly it is received, allowing you to determine what type of metal you are detecting. Of course, this will vary depending on the type of metal you are searching for. For example, a gold ring will produce a different magnetic field than a coin, which in turn will be picked up by the coil differently and measured using specific parameters to classify what type of metal has been detected.

The detector then sends all this information back to the user via an LCD readout or audible tone. This information is then relayed to the user in a way that he or she can understand, depending on what kind of device is being used.

How old are they?

The first known metal detector was invented in 1891 by Alexander Graham Bell. It was meant to help locate buried or submerged objects and was an induction-type detector that worked at a frequency of 100 kHz. One year later, Albert J. Stanley invented a metal detector for medical uses. His device used a single cycle (the known properties for sinusoidal waveforms) alternating current and was based on the work of Serbian inventor Nikola Tesla.

6 Important Things You Need To Know About Web Hosting

There were many improvements to induction detectors in the 1920s, especially when it came to keeping them lightweight. In 1928, a detector was created that could locate objects at depths up to 20 ft (6 m). This device used alternating current and worked at frequencies of 50 kHz. Another breakthrough was made in 1930, adding the pinpoint feature, which allowed for easier location of the metals below by representing them in a larger grid-like pattern on the device’s readout.

Today, there are many different kinds of metal detectors that work using induction. They can detect objects at great depths and from long distances away and have pinpointing features that allow for easier location of especially small or fast-moving pieces of metal. The main use these devices have is finding items that have been lost, such as jewelry or coins. They are also often used by archaeologists and treasure hunters to find specific items from a certain era in history.

The difference between a coin detector and a jewelry detector

There are many different types of metal detectors. They can be used to find coins, jewelry, or other metal objects that someone has lost.

How to use your metal detector

A lot of people ask how they are supposed to use their metal detectors. The simple answer is that there isn’t really a right or wrong way to do it, so just have fun with it! If you’re using a handheld metal detector, you’ll want to start by digging in areas where you think the metal may be located. You’ll also want to make sure that you are adjusting your sensitivity control to find buried metals at different depths. You can turn this control up high if you search for deep metals or turn it down low if you’re looking for shallow metals. Be careful and don’t adjust the sensitivity too high, though – one of the common problems people encounter with their detectors is digging too deeply into the soil for no reason.

If you’re using a metal detector to find coins, the process is much simpler, and you’ll have a lot more luck hunting on dryer ground. The easiest way to do this is by detecting parks or other bare areas that may have been cleared of leaves and grass. If you aren’t finding any coins in an area, try moving on to a different place. It might take some time, but sooner or later, you’ll find something!

Tips for using your metal detector

Metal detectors are used for various purposes depending on what you need them to do.

The best metal detector will depend on each individual user’s specific needs and preferences, so it’s important that you know your priorities before making a purchase.

If you plan to use your metal detector at home or in urban areas, a coin-finding model may be more appropriate as they are quieter than other models.

For beach outings and parks where large amounts of metal debris might interfere with detection performance, a jewelry finding model would make better sense.

Regardless of which type of detector you choose, remember that only metals can be detected when using induction technology—so no matter how hard kids look under rocks or along sidewalks, those hidden treasures aren’t going to be found by metal detectors!