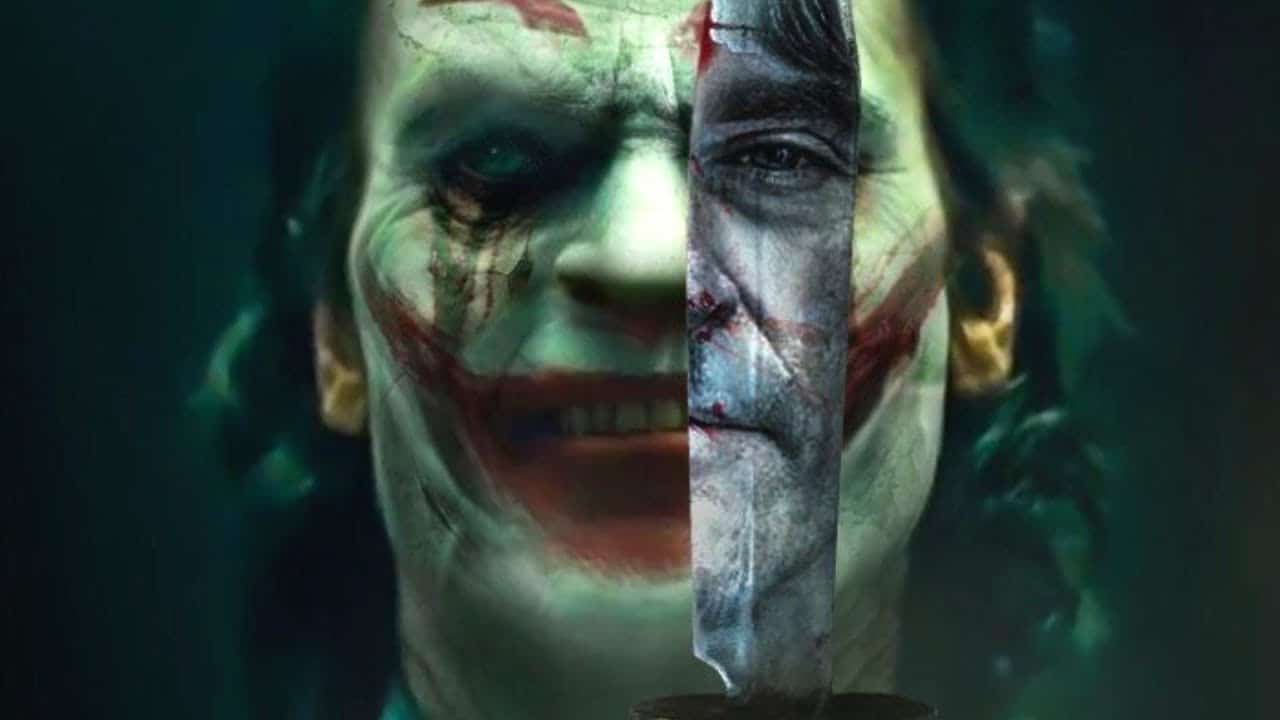 15 Jaw-Dropping Facts About The Joker Movie

“The most anticipated movie of 2019”: praise for DC’s new adaptation of Joker, a drama/thriller starring Joaquin Phoenix. After DC’s fun-filled blockbusters Aquaman and Shazam, Warner Bros decided to produce the Joker 2019 under DC’s Black Label with a pure R rating.

Todd Phillips, the film’s director, cast Joaquin Phoenix in the role of the Joker. After the announcement, all fans and critics sharply criticized the casting and the character because of the unique vision of the Joker character by previous director Christopher Nolan and the irreplaceable performance of legend Heath Ledger.

But after the trailer, everyone was shocked by Joker‘s artistic and commercial elements, and fans suggested that the next Oscar is destined for Joaquin Phoenix. Through his unique acting, Joaquin Phoenix stole everyone’s heart and proved that he and Ledger are both excellent actors in their own way. Prior to the theatrical release, at the Venice Film Festival, Joker received 8-minute standing ovations from test audiences.

After breaking many box office records in 2019, Joker was hailed as the film of the decade. Here we take a look at the interesting facts and hidden details from Joaquin Phoenix’s Joker. For those who haven’t seen the movie yet, here is a big spoiler alert.

Contents show
15 Facts About Joker
1. The Highest Grossing R-rated Film of All Time
2. Joaquin Phoenix’s Dedication for the Joker Role
3. Murray Franklin (Played by Robert De Niro) is One of the Reasons Arthur Fleck Became the Joker
4. No Green Screen for the Movie Joker
5. The Joker Makeup and Costumes
6. Batman’s Appearance on Joker
7. Joker’s Laugh by Joaquin Phoenix
8. The Narrow Alley scenes
9. The Mask of Batman
10. The Particular Time on Clocks in Every Shot
11. The Secret Behind The Left Hand
12. The Joker Has No Rules
13. Joker’s Kill and Dance Policy
14. Bruce Wayne Plays with Pole
15. Everything was a Lie in Joker – Fan Theory
Conclusion

1. The Highest Grossing R-rated Film of All Time

Due to its high expectations and the satisfaction of its fans, the film has become the highest-grossing R-rated movie of all time, and the very first R-rated movie ever to cross the billion-dollar mark.

With a budget of $50 million, Joker became the most profitable comic-book movie on opening night and the seventh highest-rated movie of all time. It was the biggest success for an art-based film with some commercial elements.

With the exception of the Arkham Asylum video game, we had never seen depictions of the Joker with bulky and strong arms and bodies before. For Joker, Joaquin Phoenix lost 52 pounds of weight in a hardcore diet to look like the perfect Joker.

To maintain the Joker’s creepy look, he devoted himself to his whole body. The Oscar-level toilet dance scene was also improvised on the spot by Phoenix.

3. Murray Franklin (Played by Robert De Niro) is One of the Reasons Arthur Fleck Became the Joker

Robert De Niro played the Murray Franklin role in Todd Phillips’ Joker. The film has influences from Robert Di Niro’s 1976 film Taxi Driver, and his 1983 movie The King of Comedy. Having Robert De Niro in the cast of Joker was one of the biggest boons for the film. He played the role of television host role Franklin, and this character is one of the reasons Arthur Fleck eventually becomes the Joker.

4. No Green Screen for the Movie Joker

Another important reason why Joker became a full-fledged art film was the very limited use of a green screen and computer graphics for the film. Today, most Hollywood movies depend on computer graphics, not on story or plotline.

When it comes to comic films, they historically won’t do anything without a green screen. To break this tradition, Joker depended entirely on the plot of the man and the story. The director avoids as much CGI as possible. This makes Joker an artistic masterpiece with some commercial elements.

5. The Joker Makeup and Costumes

The make-up and costumes of Joaquin Phoenix’s Joker don’t just resemble the traditional clown look: the make-up was inspired by a serial killer named John Wayne Gacy, who worked as a party clown. He raped, tortured, and killed 33 teenagers and young men in Chicago between 1972 and 1978.

For his work as a clown, he was dubbed the “Killer Clown”, Phoenix’s make-up in Joker resembled that of the Killer Clown. In the film, Arthur also appears in a comedy club called Pogo. This reflects the alter ego of John Wayne Gacy: “Pogo the Clown.”

Is a Joker movie really complete without Batman? Batman appeared in Todd Phillips’ Joker, but not in the familiar form of a billionaire or a watchdog. Joker is set in the 80s, so Bruce Wayne appears as a young boy.

Joaquin Phoenix produced several kinds of laughs in the Joker film. In the movie, Arthur was a person with mental illness and neurological problems. Phoenix brought out the laughs perfectly depending on the situation. His laughs not only convey the craziness of an iconic Joker but also the sadness and the depression of a failed stand-up comedian.

At the beginning of the movie Arthur gets knocked down in a narrow alley and cries. Then the title card rolls. It is there that the journey of the joker in the film begins. Later in the climax scene, Thomas and Martha Wayne are shot by a rebel in a narrow alley. That’s where the journey of Batman begins. So Todd Phillips connected the two of them, in that they both began their journey because of the tragedies of Gotham.

9. The Mask of Batman

At the very beginning of the movie, we see the Joker wearing makeup, standing tearfully in front of a mirror. As the shot pans backward, for a second, in the mirror, a batman-esque mask illusion appears. We don’t know if the shot was perfectly planned or just a coincidence, but it seems impossible to tell the story of the Joker without an Easter Egg involving the Dark Knight.

10. The Particular Time on Clocks in Every Shot

Joker has some mysterious shots that are officially still unexplained. While Arthur consults his therapist, the clock behind him shows the time 11.11. And the next shot, while Arthur is in an observation room, the clock on the right side of the wall shows the same time: 11.11.

Later, Arthur got fired from his job; he punches the clock that indicates the same time, 11.11. The reason behind the same time is still a mystery.

SEE NEXT:  15 Black Actors and Actress Who Won Academy Awards

Many fans have speculated and written theories about what this might mean. One theory is that the time indicates the 11th November (11.11), which, in Germany, is a day on which, at 11.11am, people have a parade and a carnival, all while wearing colorful costumes. This could be linked to the fact that Arthur’s stage name as a stand-up comedian was ‘Carnival’.

11. The Secret Behind The Left Hand

Maybe Joaquin Phoenix’s Joker was unique because we know the real tragedy behind him. But all the versions of Jokers have something in common. No versions of the Joker ever follow the rules. In Joker, this is symbolized by Arthur using the exit way to enter the hospital, theatre, and the TV show office.

At Wayne Manor, Arthur meets young Bruce, who has been playing with a pole. This is an Easter egg from the ’60s Batman TV show. In the TV show, Bruce and Dick use a pole behind a shelf to gain access to their Batcave.

15. Everything was a Lie in Joker – Fan Theory

On the Internet, a fan theory is spreading that what we saw in Joker is a lie. The Joker never reveals himself. He never reveals anything about himself at any time. So maybe in the last scene of the film, Arthur is telling the investigator a fake story – the one that we saw throughout the film. The fan theory says that every clock shows the same time because they’re not real clocks. The images we saw in the movie were the fake story told by The Joker to a psychiatrist. This theory also has a chance of being true, because Todd Phillips has still not revealed the reason behind the time of the clocks.

I hope these 15 jaw-dropping facts about Joker have given you theories and secrets to think about. Joker was a treat for cinema fans and a good lesson for those who study filmmaking.

It confirms the bright future of DC. Will this Oscar-worthy performance win a definite Oscar for Phoenix this time? Comment your opinion below.

0 thoughts on “ 15 Jaw-Dropping Facts About The Joker Movie ”

Leave a Reply Cancel reply
— Previous article
4 Amazing DIY Woodworking Ideas For Hobby Seekers
Next article —
Are Waterproof Car Covers Worth It?
You May Also Like 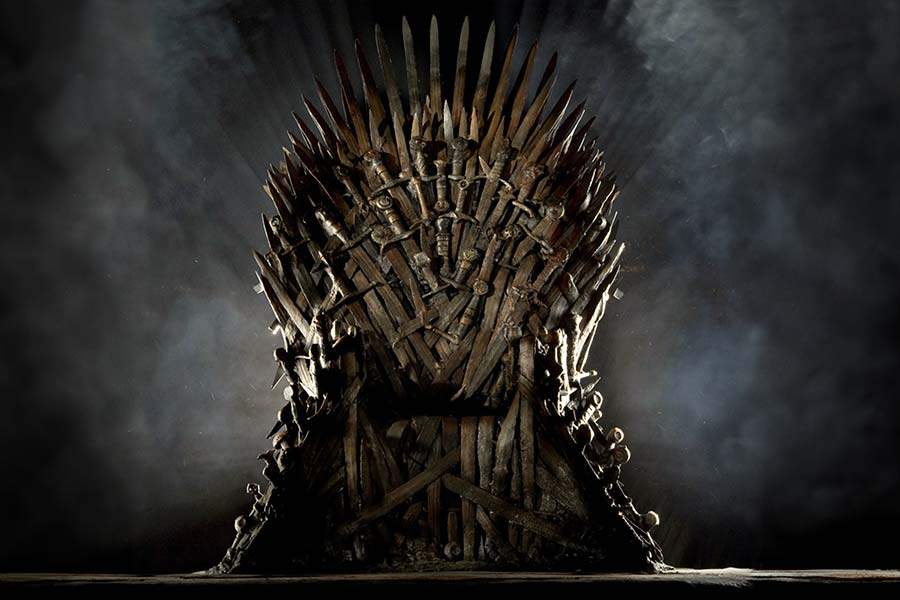 Read More
The sixth and upcoming season of “Game of Thrones” will not be released until next year, but people…
Read More 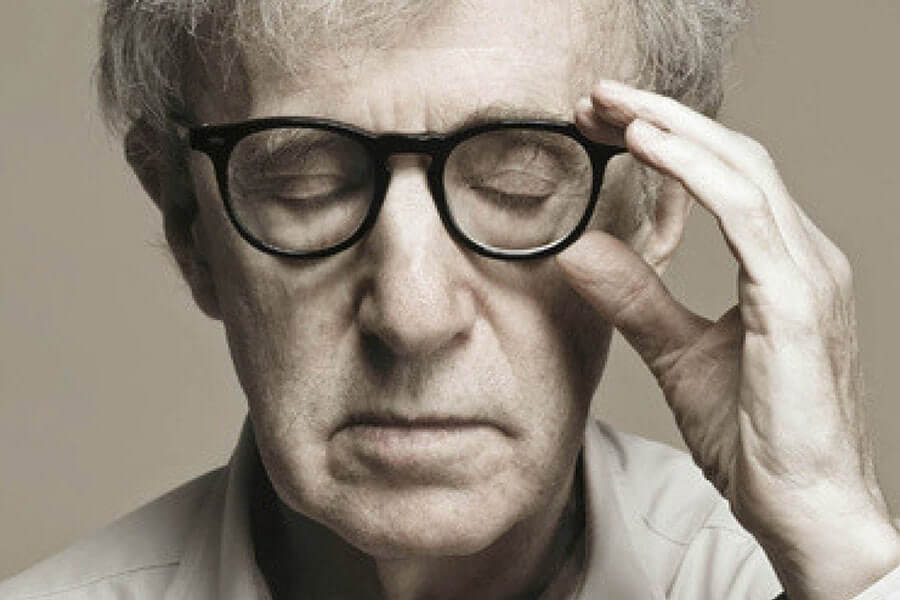 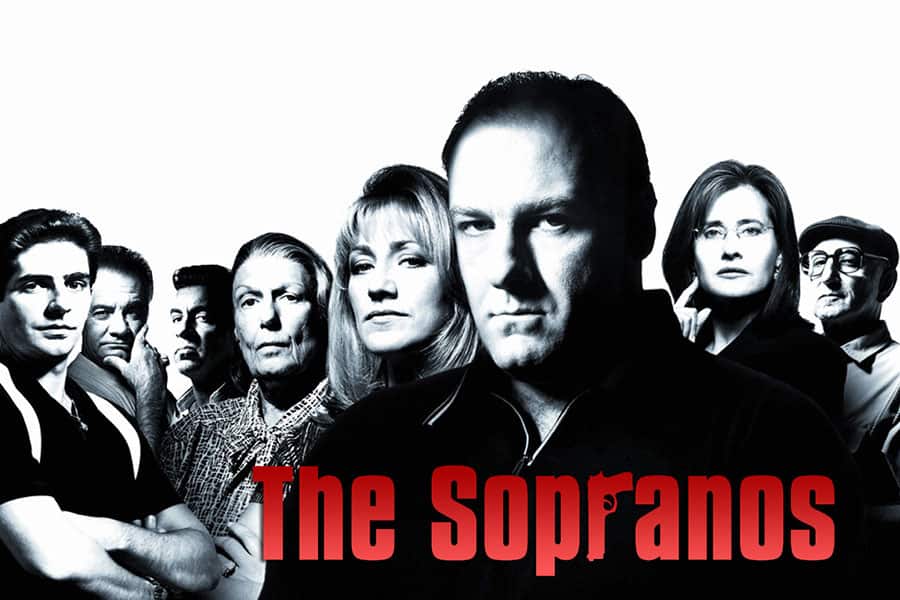 Read More
TV series have been changing the shape of television for a long time. TV series are great and…
Read More 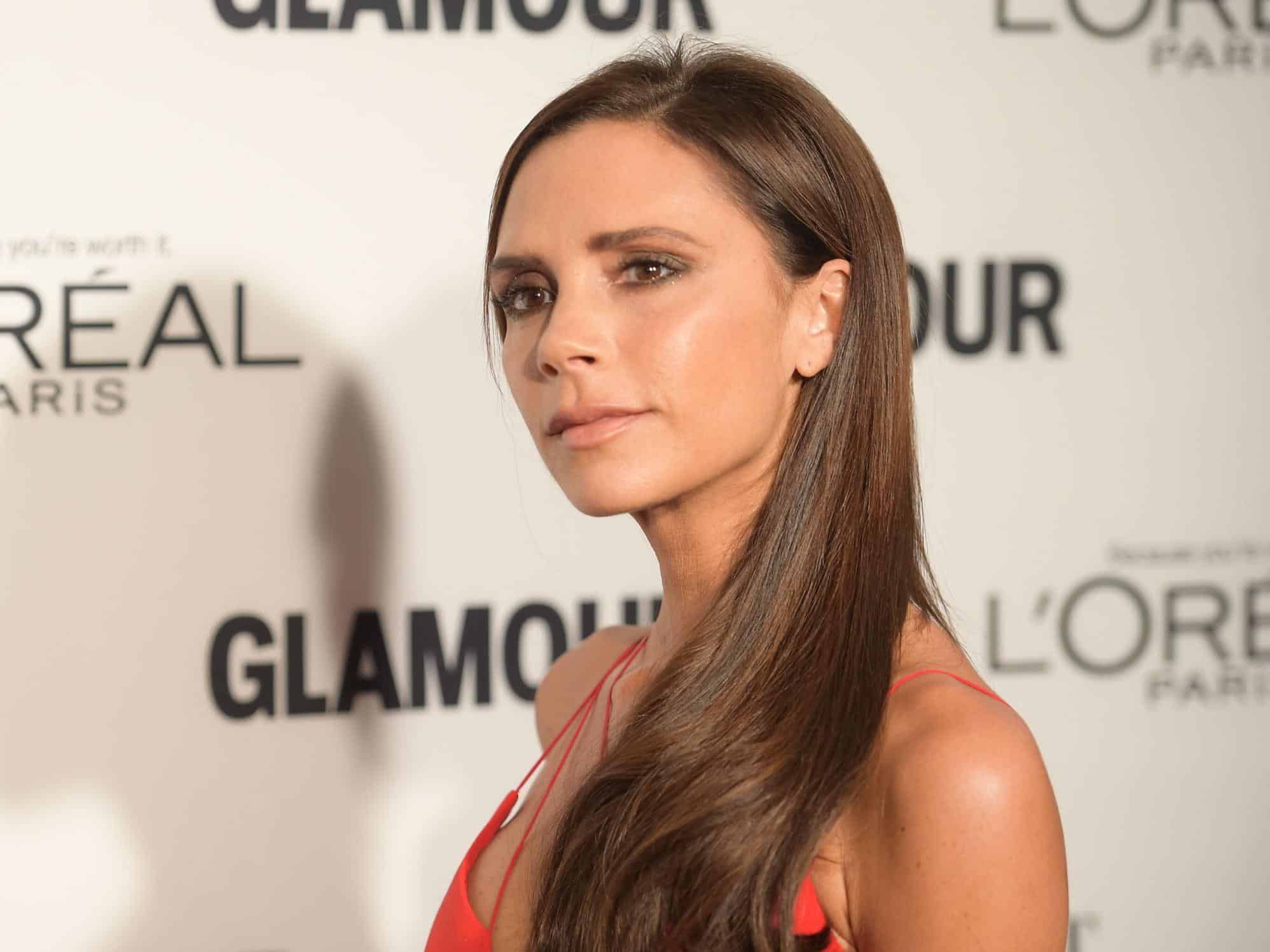 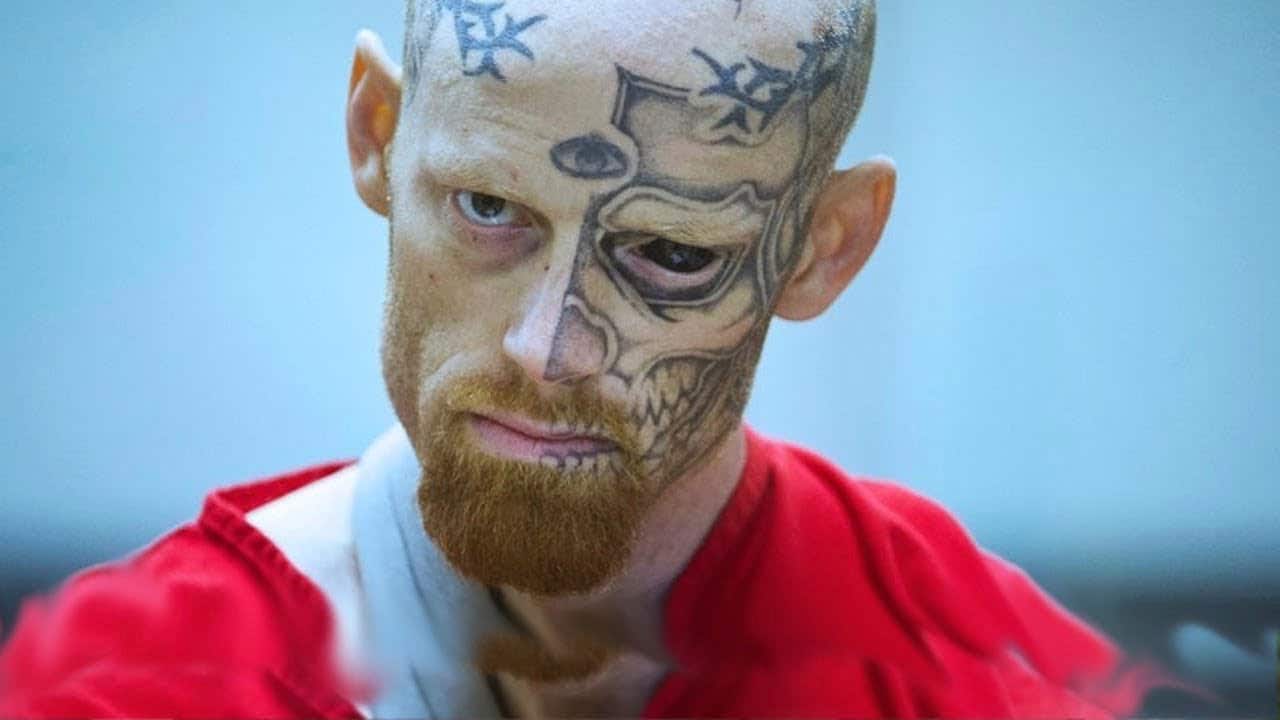 Read More
The world is full of criminals; heinous crimes are committed every day round the world. There are some…
Read More 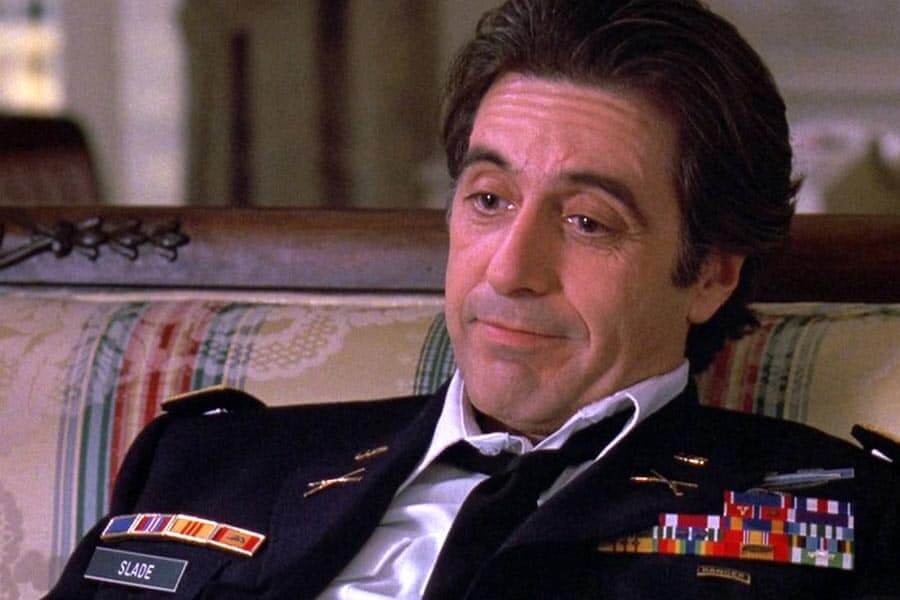 Read More
In its 87 years, the Oscars have provided us with incomparable emotional moments: from euphoria to actors bursting…
Read More
Search
Related Posts
About Lifegag
Lifegag is a lifestyle magazine for people who loves the latest trends. We are a free resource for well-researched and unbiased information and product reviews. We are owned and operated by SellenMedia.
We use cookies to ensure that we give you the best experience on our website. If you continue to use this site we will assume that you are happy with it.OkPrivacy policy