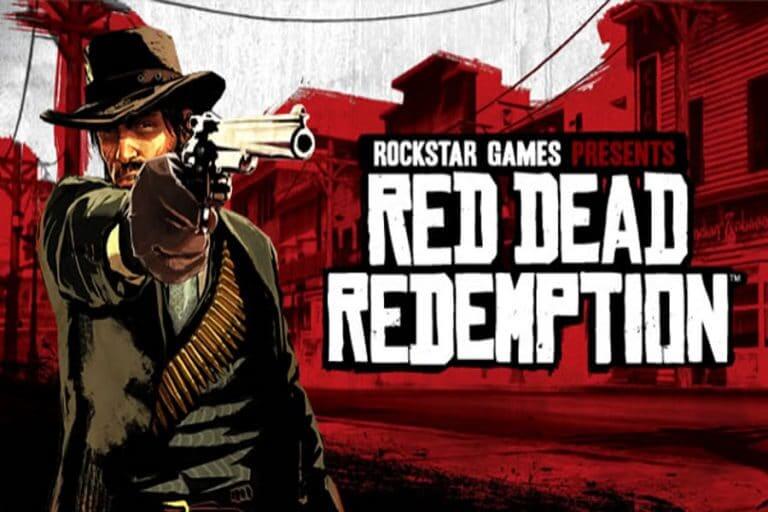 The game industry is growing every day. We have entered the era of virtual reality, where we can experience the game as if we were living it. We’ve come a long way since the 1970s, when single-pixel shooting video games gained popularity. We’ve seen Pac-Man, Mario, Road Rash, GTA, and more. Over time and with technology, games have evolved and now look real. We’re seeing movies that have cost millions of dollars to make, and video games are not lagging far behind. Video Games are art, and this art has a price, a very high price. Video games, with their stunning graphics and amazing sound, are becoming more and more expensive to make. There are games whose development has cost more than 100 million dollars. We have compiled here the ten most expensive video games ever made.

Watch Dogs is an open-world, action-adventure shooter stealth video game; it was developed by Ubisoft. The game is from a third-person perspective, and you can move around the world on foot or in a vehicle. It is set in a fictionalized version of Illinois and Chicago. Watch Dogs was released in May 2014, and at the time of its launch it was one of the most expensive games ever made. The main character of the game is Aiden Pearce, a highly skilled hacker. Watch Dogs sold more than 10 million copies of their game, which is a Ubisoft record. It cost so much money to develop this game, but it has recouped every penny invested very quickly.

Metal Gear Solid 4 is one of the most amazing and promising game series; fans are already addicted. They have beautiful graphics and an amazing storyline. Their new game “Guns of the Patriots” is also an action-adventure stealth video game developed by Kojima Productions. It cost $70 million to develop this game, but the wait and the money were both worth it. It’s very popular with the players, and it’s also critically acclaimed.

Many critics said the game was “flawless”. Metal Gear Solid 4: Guns of the Patriots is a sequel to the previous versions and concludes the history of the Patriots and Solid Snake. The game has captivating graphics and unforgettable gameplay. It is one of those games that you will never stop playing even after finishing it hundreds of times. The game was released in June 2008.

Defiance is a massively multiplayer online game; it is designed from a third-person shooter perspective. Defiance is developed by Trion Worlds. It takes place in a science-fiction world of the future on a terraformed Earth. The game was launched in April 2013. The goal of the player is to fight and kill the aliens that are destroying the human race. The game cost a fortune to develop and received mixed reviews from critics. Later it was released as free to play. It was not a commercially successful game, but the development cost of the game was a colossal $80 million over five years of development.

SEE NEXT:  6 Technologies That Will Change The Future Of Stadium Sports!

The gameplay is simply beautiful. Red Dead Redemption also uses a morality system, so the player’s actions can affect the game, so you have to be careful while playing that you don’t make too many morally questionable decisions. It cost $90 million to develop, which is a big sum, but the outcome of the game was also as big as their budget. It sold over 14 million copies and won several awards. According to many, it’s one of the greatest video games of all time.

Too Human is an action role-playing game. It is developed by Silicon Knights and published by Microsoft Studios. Originally the game was planned to be released in 1999, but it got stuck in development hell and was finally released in 2008. The plot of the game is amazing; it tells the story of Nordic mythology in a futuristic science fiction way. The game is set in a third-person perspective.

The game should never have fallen into the category of big budgets, but due to the development hell, the development costs reached 100 million dollars. It wasn’t a favorite among the critics and received mediocre reviews, but in its first month Too Human sold 168,200 copies, and it was the eighth best-selling game in that period.

Since we know that Rockstar games are known for their big-budget games, GTA is one of them. Grand Theft Auto IV was launched in April 2008. It is the eleventh game in the Grand Theft Auto series. For those who don’t know GTA, it is a cosmopolitan action-adventure game where you can move freely around the city and fulfill your goals and missions.

The previous versions of GTA, Vice City and San Andreas, were a huge success and critically acclaimed, making Grand Theft Auto IV a long-awaited game. The game was a hit and even the critics loved it: many critics gave it 10 out of 10. The game is in the third-person perspective, where you take on the character of Niko Bellic in the fictional “Liberty City”. They spent $100 million to develop the game and sold 3.6 million copies in the first twenty-four hours. Grand Theft Auto IV was a huge success, selling over 25 million copies by July 2013.

Max Payne 3 is one of the most brilliant games ever, and it is also made by the big boys in the gaming industry, Rockstar Games. Max Payne 3 is the third entry in the Max Payne series. It is a third-person shooter game. The story revolves around Max Payne, a former detective who has become a vigilante after the murder of his wife and daughter.

The game is brilliant with its gameplay, storyline and fascinating graphics. They say that Max Payne 3 is the “biggest and bravest” game on the market. During the development of the game, the company sent researchers to explore the city of Sao Paulo, as the game is based there. Max Payne 3 received high sales, and in the first week after its release, nearly 3 million units were sold.

The game was created by one of the best developers in the industry: Rockstar Games spent almost 137 million dollars to create this game, Grand Theft Auto V was widely anticipated and with its aggressive marketing, fans were really waiting for it. It created history and broke many records: on the first day the game earned $800 million and $1 billion in the first three days. The game was a hit and was critically acclaimed. By February 3, 2016, Grand Theft Auto V had shipped over 60 million copies across all platforms.

Destiny is a first-person shooter video game developed by Bungie and published by Activision. It is an online-only shooter game. The game takes place in a “mythical science fiction” world with elements of role-playing games. The game has many modes and many objectives, and these are the reasons why Destiny is addictive.

When it was released, it received mixed reviews, but it was a huge commercial success, selling over $500 million in retail and becoming the largest new franchise ever. In 2014, Destiny won the BAFTA award for best game. By September 2014, there were more than 11 million gameplay sessions in North America alone. Destiny also has 20 million registered players.

Star Wars: The Old Republic is an online role-playing game based on the Star Wars universe. It is a massively multiplayer online game. It is considered to be “the most expensive game ever developed in the world”, with $200 million spent on its development. It is based on Star Wars, and the film franchise is one of the largest film franchises in the world, and their fandom was also present during the release of this game.

Star Wars: The Old Republic received one million subscribers within three days of its release. The story is set in the fictional universe of Star Wars and takes place nearly 300 years after the events of the Star Wars: Knights of the Old Republic games, and more than 3600 years before the events of the Star Wars movie series. The game received positive reviews from critics and also won many awards.