Why Is Walking Such An Underrated Exercise?

A growing body of studies shows that walking has numerous benefits for mental and physical health. Yet people still don’t take walking seriously as a form of exercise.

Part of the reason walking is such an underrated form of exercise is because we take it for granted. Most of us have to walk at some point during the day. It doesn’t feel like exercise, it’s a means to an end. 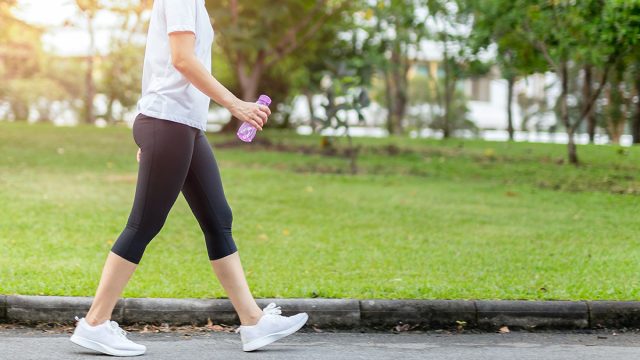 Exercise is also considered to be an activity that is energetic. Something that leaves you out of breath and burns fat. Thus walking is dismissed and not taken seriously as a form of exercise.

Yet walking as little as 20-30 minutes a day has been shown to offer some health benefits. Maybe that will encourage you to walk more often rather than taking the car, bus or tube.

Health professionals are certainly starting to take walking more seriously. The American Lung Association suggest engaging in light to moderate exercise such as walking will help.

Physicians in the UK have also started prescribing nature walks to their patients in place of pharmaceutical drugs.

Why? The simple answer to that is because walking promotes heavier breathing which means getting more oxygen into your bloodstream.

You could argue that breathing is something else we take for granted. Yet oxygen plays a key role in maintaining good physical and mental health.

How To Take Proper Care Of Your Body And Spine

One of the main problems today is that people breathe too shallow. As a result, you don’t get sufficient quantities of oxygen into the bloodstream.

Research conducted by scientists at Northwestern University indicates shallow breathing could impair cognitive function, memory recall and fear processing. During the study deep breathing – like that associated with meditative practices – was found to improve focus, increase blood pressure and slow the heart rate down.

Deep breathing is also known to alleviate stress and promote calmness. When you are calm, your body produces fewer stress hormones. And stress has been found to be the underlying cause of all today’s major chronic diseases.

In contrast, Cortisol – one of the neurochemicals transmitted when you’re stressed – has been linked with obesity, premature ageing, high blood pressure, osteoporosis, anxiety, depression and mood swings.

Should it really come as a surprise that high-pressured sedentary jobs that are so prevalent today have been labelled ‘the new smoking’? Stress is a killer that oxygen can nullify.

To stay in good health, adults should engage in some form of moderate exercise for at least two and half hours a week. Moderate exercise is classified as a fitness routine that makes you breathe more deeply.

The simple solution is to pick up your walking pace wherever you are going.