Top Ten Most Expensive Scotch Whiskeys In The World

The evenings would be silent; the parties would be boring; and the get-togethers with friends wouldn’t happen if it wasn’t for Scotch Whiskey, the drink which makes any evening more enjoyable with just a single sip. We all enjoy drinking alcohol, from beer to wine, but there are only a few select men out there who love to drink Scotch Whiskey. Scotch is great, it touches your lips and gives relief to your soul. But not all Scotch Whiskey is affordable. There are many bottles which are very expensive, and these are a treat only for rich people who have pockets deep enough for these collectibles.

These Scotch Whiskeys can reach as high as six digits in price, and you can’t just go and buy them: you have to overcome several other collectors at auction to get your hands on it. Here we have made a list of Top Ten Most Expensive Scotch Whiskeys in the world. These are amazing, and mightily expensive. 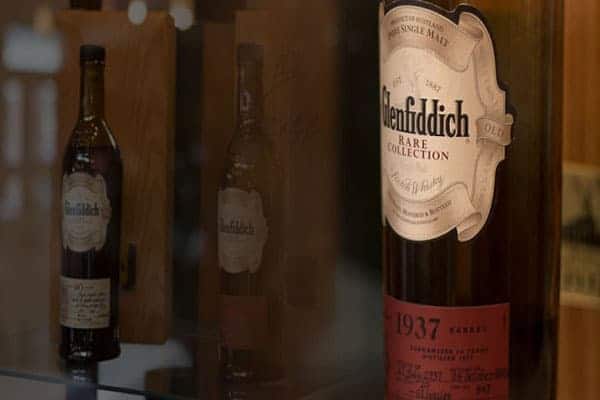 Glenfiddich is one of the best brands that makes scotch whiskey. In 2006, Glennfiddich organized an auction for their 1937 malt. It was, and still is, one of the rarest whiskeys in the world. Glenfiddich is a class apart when it comes to scotch whiskey. This rare bottle is only one in the world, and it was bought by a very lucky man at an auction in 2006. Glennfiddich 1937 is world’s most awarded single malt; it reflects its rare bond with history. It is a real treat for whiskey lovers. 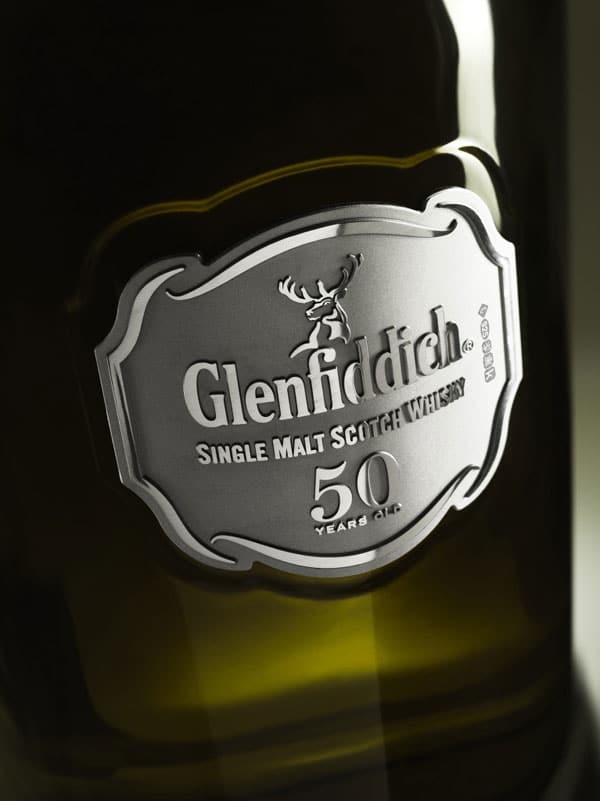 Glenfiddich 50-Year-Old is one of the rarest whiskeys by Glenfiddich; only 500 bottles were produced when they started manufacturing. For next ten years, 50 bottles each year were released for sale. It is one of the rarest blends of the whiskey, with a proof of 46.1%. Glenfiddich 50-Year-Old also comes packed in a classy hand-made box made of leather of the highest quality. The whiskey bottle is decorated with a special silver from Scotland and contains an elegant seal. It is blended with two different casts, which makes it unique and rare. It is a proper treat for scotch lovers. 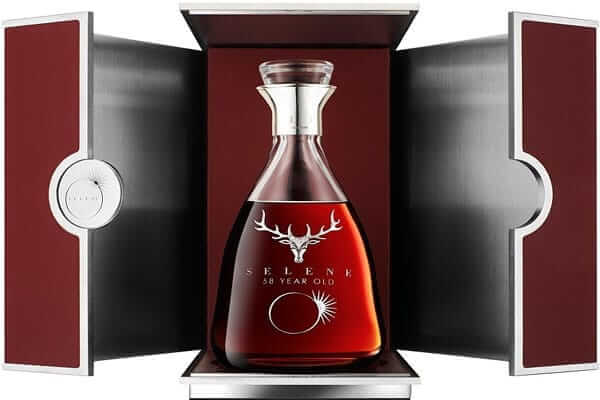 Dalmore Selene 1951 doesn’t get in the bottles very easily: before bottling it, the whiskey is kept in dark for nearly sixty years in the Dalmore Distillery. This captive condition keeps this scotch whiskey in great taste and makes it as fine as it can be. It is named after Selene, the Titan goddess of the moon. It is said that there are only thirty decanters that still exist, and due to its rarity, it is hard to get your hands on it even if you have plenty of money to buy it. Dalmore Selene 1951 comes in a solid steel box which is lined with fine leather on the inside; it also has the famous Dalmore logo printed on it. That logo alone makes the box look more elegant. The people who tasted Dalmore Selene 1951 describe its aroma as a blend of coffee, chocolate, marmalade, and cinnamon. 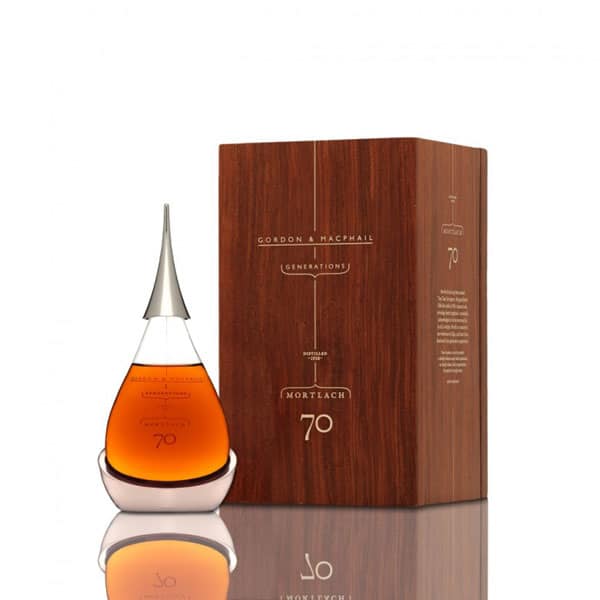 The Mortlach 70-Year-Old is worth $28,000, and it is also known as world’s oldest single malt scotch whiskey. Mortlach 70-Year-Old is 46.1% proof, and the taste of this whiskey is irresistible. It is best described as almost waxy feel with a sweet start. It has a mellow and fruity smell, and is citric in nature. It is said that even first time whiskey drinkers will love and appreciate this scotch. It has a very subtle taste which will give you a sense freshness in your mouth. 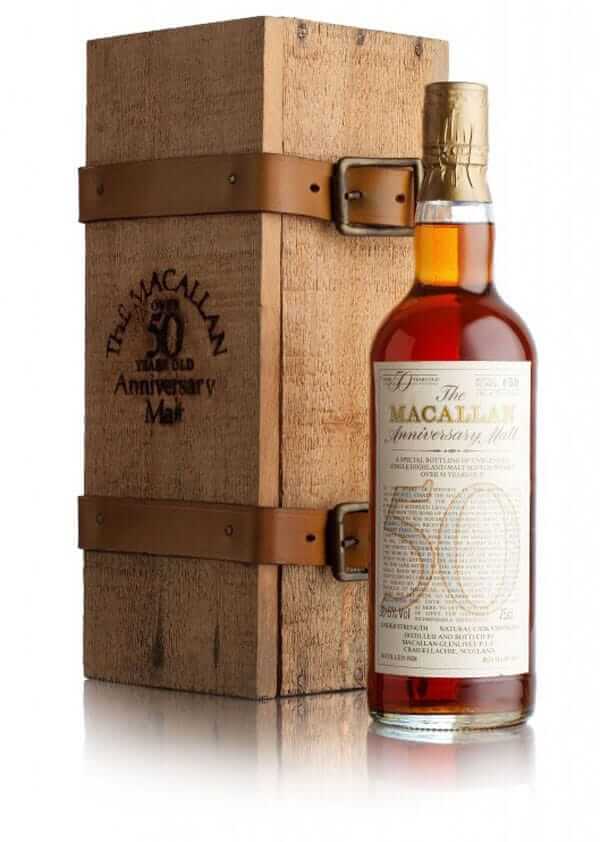 Macallan 1928 is also known as the “Collector’s Dream”, because it is a dream purchase of every whiskey drinker and collector. It was originally sold for $80 when it was first introduced in the United States. It has the strength of 38.6% proof – a little lower than the standard – but the taste makes it amazing and tempting. It was one of the most expensive whiskeys in the world when it was introduced, and it has remained so for many years. The company is also very successful and has successfully produced many scotch whiskeys. It is a very popular scotch: in the 2012 James Bond movie Skyfall, James Bond is seen drinking this whiskey, and they also thanked the distillery during the end credits. 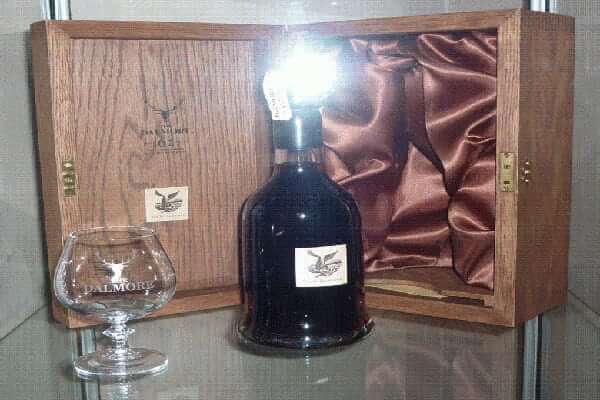 When it comes to the single malt, the Dalmore Scotch is a masterpiece; just like the scotch, its bottle is also unique in design. Dalmore made one dozen bottles from four single malts, and each of the malts came in different years: 1868, 1876, 1926, and 1939. In 1943, Dalmore produced these bottles with different labels and names. The Dalmore Single Malt Scotch is a 62-year-old Scotch, and it was sold at auction by the company for $58,000 at the Pennyhill Hotel, UK. It is said that the buyer shared the Dalmore Single Malt Scotch with his five best friends, and it is also believed that only six people have actually tasted the scotch.

A Guide To Shopping For Construction Christmas Cards 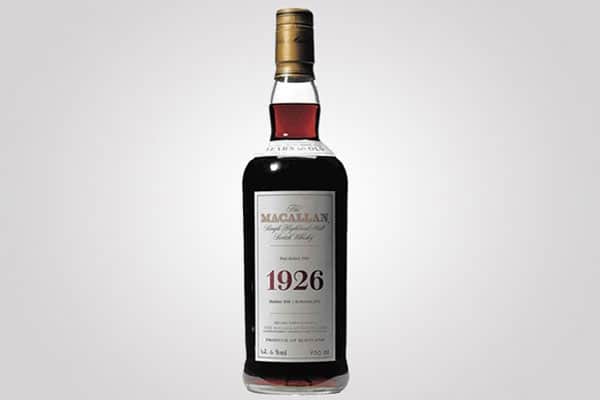 The Macallan Fire and Rare 1926 is something which is produced once in a lifetime. It is one of the most mature scotches in the world, and its maturity also makes it one of the most expensive scotches in the world. The taste of Macallan Fine and Rare 1926 is said to be concentrated and dry; there is also kind of licorice in the aftertaste. It was priced at $38,000, but when sold in an auction, the price of Macallan Fine and Rare reached $75,000. It was brought by a Korean businessman. It is probably the best single malt scotch whiskey in the world. 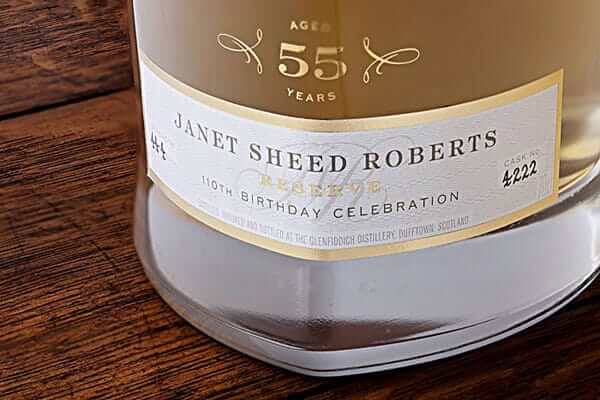 Glenfiddich named this 55-year-old Scotch after Janet Sheed Roberts. She lived in Glenfiddich when the company filled the cask in 1955. Janet Sheed Roberts passed in 2012; she was 110 years old. She was also the oldest woman in Scotland before her death. Glenfiddich Janet Sheed Roberts Reserve 1955 is little different in color: it has a pale color, and its aroma is described as a creamy vanilla. It was in a cold dark warehouse for 55 years and finally, in 2011, Glenfiddich bottled it. When they bottled it, only fifteen bottles were filled hence making it one of the rarest whiskeys and a definite collector’s item. 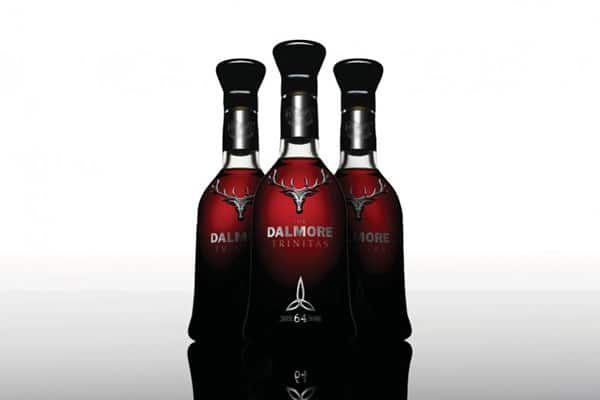 Dalmore 64 Trinitas is a limited edition liquor; there were only three bottles ever produced. Hence, it got the name “Trinitas”. It also has a limited edition bottle design. The shapes of the bottle are very peculiar and really do justice to this unique scotch. Everything in this scotch is unique and rare: it was blended with rare stocks, made from spirits dating back to 1868. It was the first scotch to be sold for six digits. 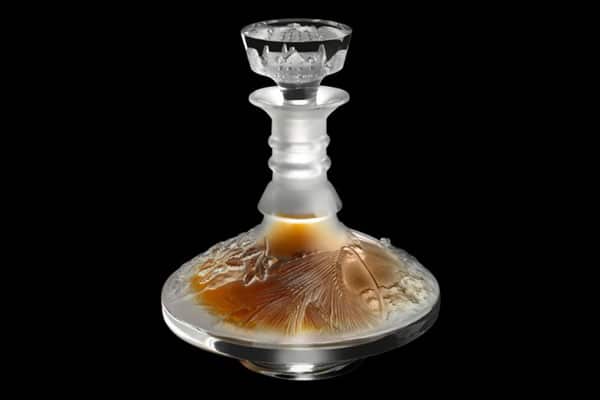 The Macallan 64-Year-Old in Lalique easily earns the title of “The Most Expensive Scotch In The World”. It was sold at a price of whopping $460,000 at an auction in New York. The auction created history as it broke the record for most expensive scotch in the world. It is even mentioned in Guinness Book of World Records. Macallan 64-Year-Old in Lalique is also considered one of the finest bottles in the world. After selling the bottle, Macallan donated a large amount of the fee to a charity fund named “Water”, which provides safe drinking water to people in developing nations. Macallan 64 Year Old was vatted from three seasoned Spanish oak casks.

Read next: How Much Water Should You Drink In A Day?

24shares
We use cookies to ensure that we give you the best experience on our website. If you continue to use this site we will assume that you are happy with it.OkPrivacy policy