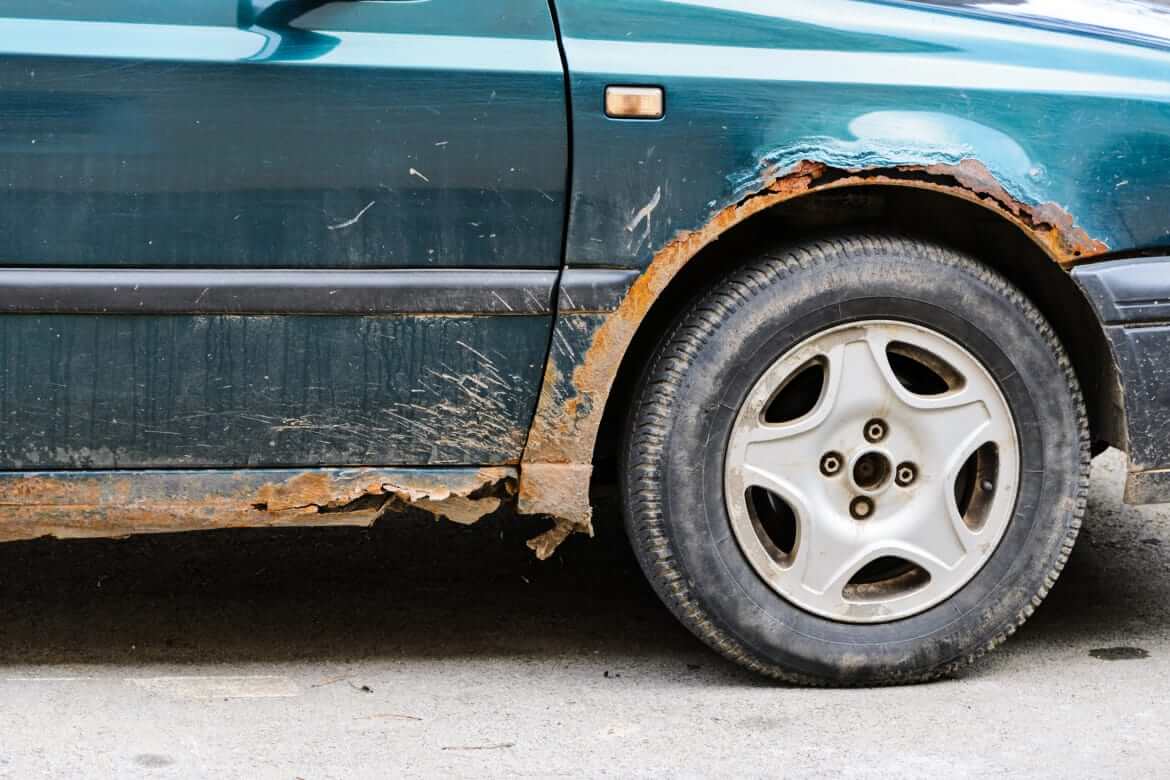 Cars are very susceptible to rust, and most of us do not know how to get rid of it. Rust is caused by any type of weather, be it rain, sun, snow or humidity. And since moisture is an immediate part of the atmosphere, your car will certainly develop rust over time. Rust can only be kept at bay if the car is regularly cleaned and waxed. What stimulates rust erosion? The key factor is scratches or chips on the paint… any cracks in the paintwork allow moisture to penetrate and thus cause rust.

It also depends on how long you have owned the car; the older it is, the more susceptible it is to rust. Cars are not only carefully selected and bought out of necessity, but they are also status symbols. If the vehicle you drive is a rusty pile of metal, your status in society will plummet? Rust on cars will spread sooner or later; even before you notice it, your car may be swallowed up by it. So it’s always better to start with a low level of rust. Let’s see below how to get rid of rust on a car.

Ways to Get Rid of Rust on a Car

Below are some of the ways to get rid of rust on a car:

Don’t you want to take the trouble that wire brushing or hand sanding the rust requires? You can use chemical removal in the form of acid instead. There are many products on the market that contain some kind of acid (usually phosphoric acid) that can be applied to rust. Care should be taken when using these acidic rust removers as they are mild acids that can damage human skin. The advantage of using chemicals is that the manual effort is much less and the liquid can penetrate into crevices and cracks, which is not possible with sandpaper or a brush.

SEE NEXT:  The 6 Best Sofa Designs You Must Consider For Your Small Living Room

Bring out the sandpaper, wire brushes, and grinders! Physical rust removal requires the use of something harder than the rust you need to remove. Wiping with a wire brush takes a lot of time, so sandpaper is best, and if you use an air or power tool it is much faster. Sandpaper is best used when you have a pile of rust on your car and there is no risk of damaging the base steel. Using a sandblaster is also an alternative, and while it is dirty and often expensive, it does a good job of getting into all the nooks and crannies.

All physical means of removing rust will generate heat as a by-product. Depending on the thickness of the metal under the rust, this can deform the panel you are working on. Care should be taken to reduce the heat propagation.

If one component of the electrochemical reaction is removed, rusting cannot take place. If you can prevent oxygen from getting to the base metal, you can stop rusting. If the rust you are dealing with does not affect the overall structure of the part and you do not care about the end result, you can simply encapsulate the rust and be on your way. Some rust sealers can be covered on the top and even mixed with body filler and be sanded for a smooth finish, but if you go that far you should consider removing the rust entirely.

As with sealing, rust converters cause the base metal to be hidden from oxygen by a layer of rust. The rust is chemically converted into a tough, permanent layer that does not allow atmospheric oxygen to react further with the base metal. The advantages of this technique are that the rust converter is generally water-soluble and very safe compared to acids.

As soon as you are completely finished with the surface preparation, start masking the area. I would suggest using the blue painter’s tape, which is available in most DIY stores, as it does not leave a sticky residue when removed. Start with a high-quality body primer. The idea is to apply very thin layers instead of applying a single thick layer. The paint gains its strength if it is applied in several thin layers. Apply three thin coats of primer and leave about 10 minutes between each coat. After the third layer has been applied, let it dry overnight so that the primer can dry completely.

SEE NEXT:  7 Signs You Need to Remodel Your Bathroom

Once the primer is completely dry, gently sand the area by hand with a 150 grit paper. You are not trying to remove paint, just make sure the painted surface is smooth. Be sure to remove any dust that has accumulated in your primer layers during the drying process.

The paint, like the primer, should be applied in very thin layers. As a rule, you should use three coats of paint. When you buy, you will find that four or more coats will give a great looking finish. If you are able to match the paint accurately, you may need to use more paint to make the fixed area blend smoothly. If you are not able to get an exact color match, two coats of paint will be enough because you don’t want the area to stand out. Let the primer dry between coats – I recommend at least 2 hours between coats. The instructions on the product label may also give you a better recommendation for the drying time.

Later, after the last coat of paint has been applied and has dried overnight, wash the whole car nicely and wax it so that it blends with the rest of the paint. Now is the time to step back and appreciate your handiwork. You fixed the rust problem of your own car and, if you already had a sanding machine, you didn’t spend much more than 25 USD. 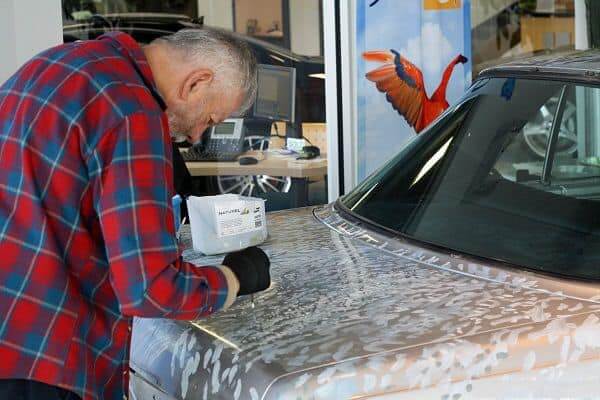 Read More
“Living in the lap of luxury isn’t bad, except that you never know when luxury is going to stand…
Read More 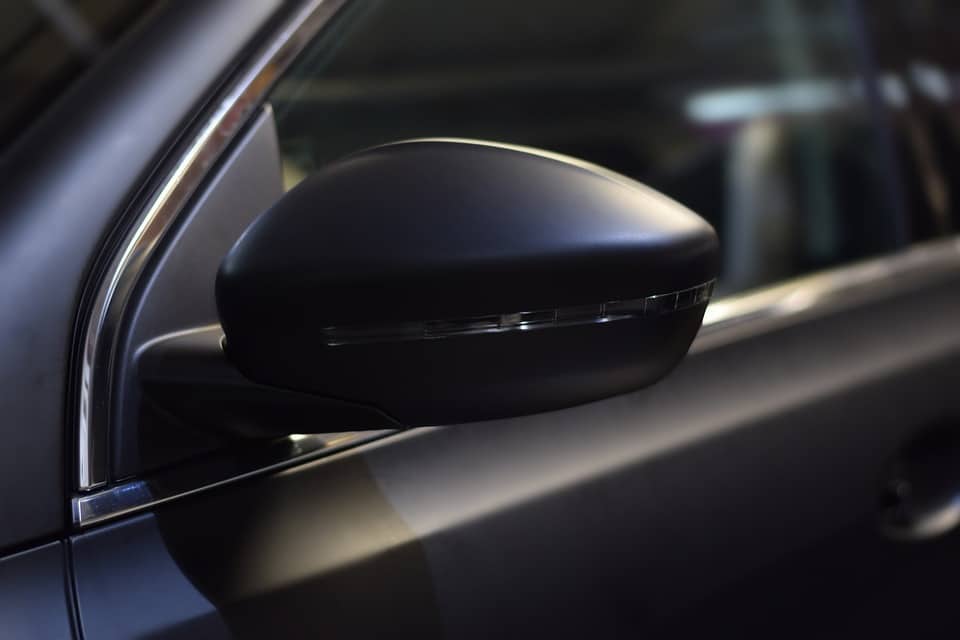 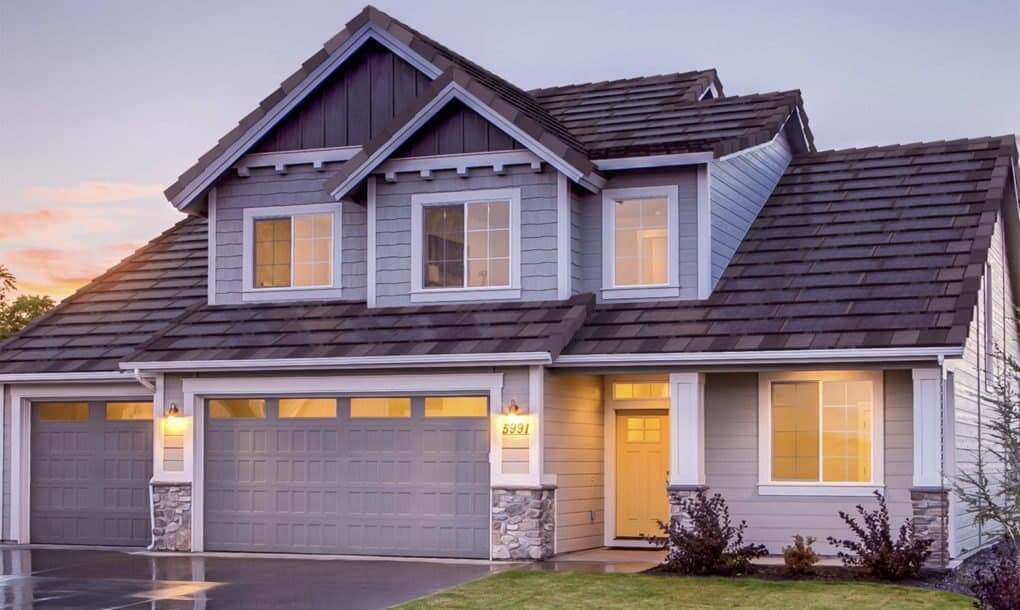 Read More
When you renovate your home, the roof is an important part of the overall work. There are different…
Read More 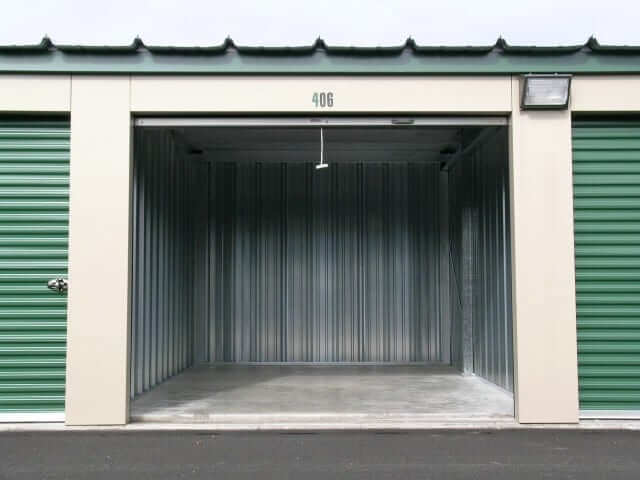 Read More
If you are renting a storage unit for the first time, you will definitely need some help. Whether…
Read More 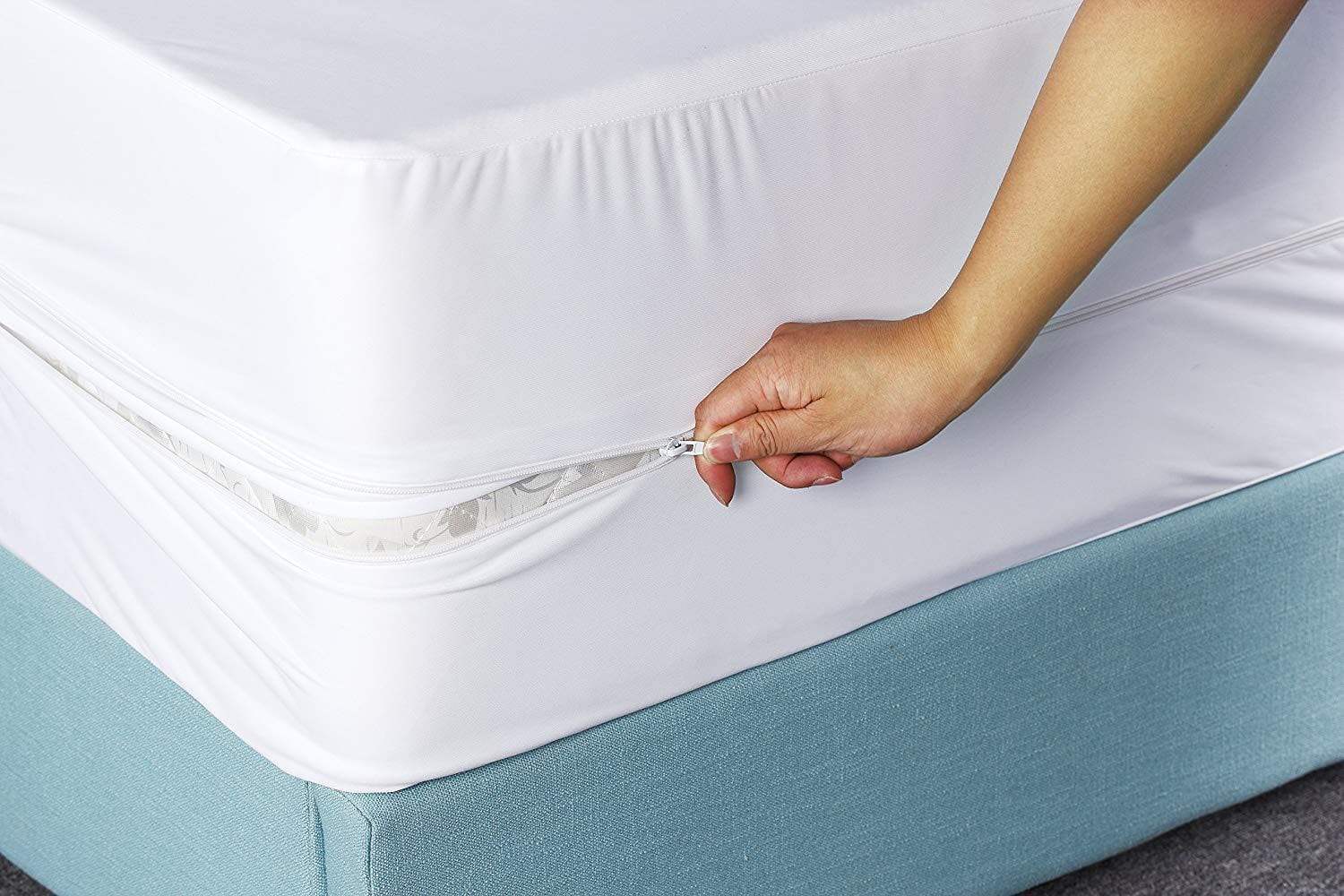 Read More
Our body heals and repairs itself when we sleep. Therefore, if we sleep well, our body recovers well,…
Read More 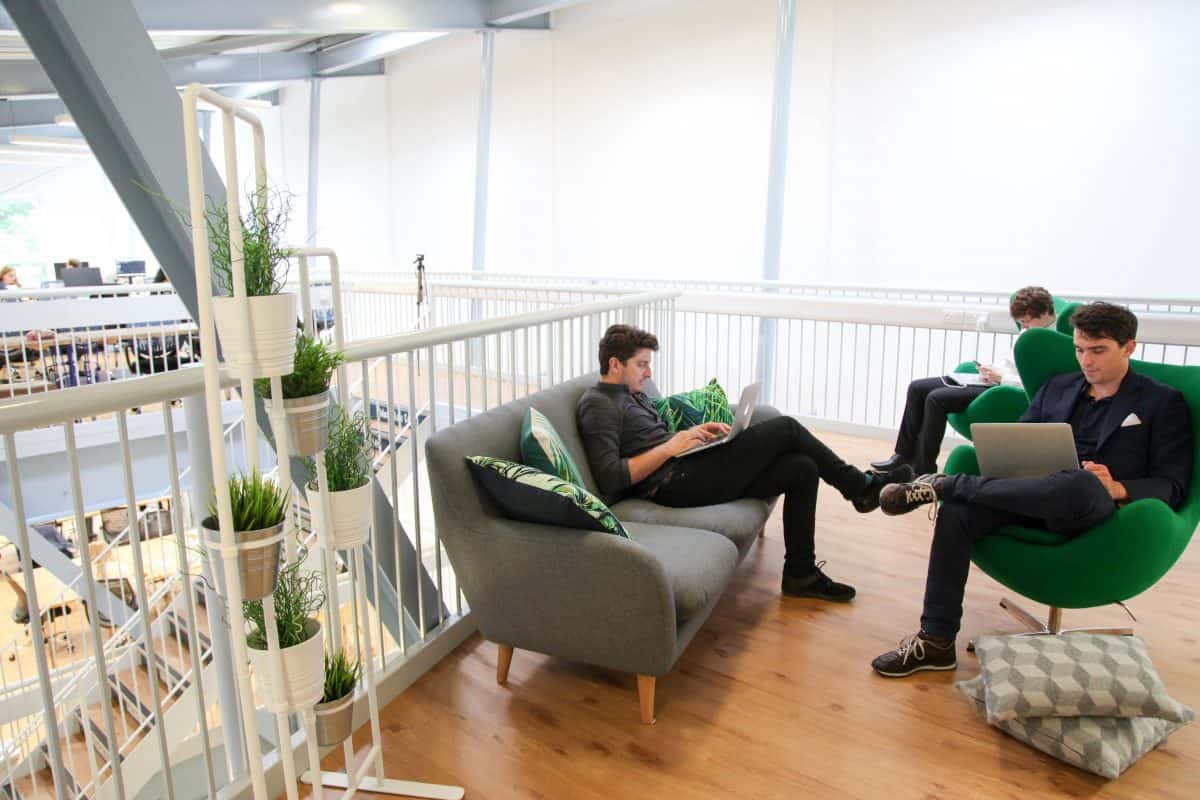 Read More
New York is currently the most populous city in the country with eight million people trying to carve…
Read More
Search
Related Posts
About Lifegag
Lifegag is a lifestyle magazine for people who loves the latest trends. We are a free resource for well-researched and unbiased information and product reviews. We are owned and operated by SellenMedia.
We use cookies to ensure that we give you the best experience on our website. If you continue to use this site we will assume that you are happy with it.OkPrivacy policy