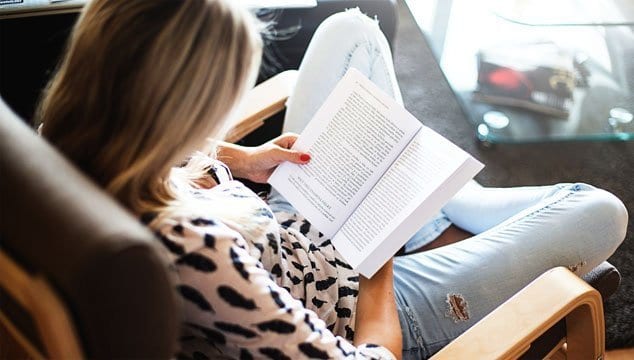 It is true that those who have not read books are missing out on a whole world out there. Books are your window to the world, they take you to faraway places, teach you many things, and open your mind to wonders never seen before.

“A bookstore is one of the only proofs we have that people still think,” said Jerry Seinfeld, an American actor and writer.

If people stopped writing and reading in return, the world would indeed be a much poorer and more boring place.

Books have the power to change people and society by forcing them to think. That is why the English author Edward Bulwer-Lytton said “The pen is mightier than the sword.”

The best books tend to transport you to a world of your own. Good books cast a spell that captures your imagination. Reading books is the best mental exercise that can help you stay young.

Not everyone is lucky enough to have enough time to read all the books they want to read. We have put together a list of 20 books that we think every person should read in their life. Take a look at them.

10 Books Everyone Should Read

This American classic, which has been awarded a Pulitzer Prize, was published by Harper Lee as early as 1960 and is still popular today. The book is Harper Lee’s observations about her family and neighbors and an event from 1936. The characters are so captivating that they really make an impression. It is a novel from the South that explores the human mind and behavior in relation to racial prejudice, and practices that existed at that time.

Atticus Finch, the protagonist, became a moral hero to many and is quoted for his lessons in tolerance, compassion, and racial equality. This book is a timeless classic that everyone should read.

This is a satirical book by Joseph Heller that is often considered one of the greatest literary works of the twentieth century. The plot takes place during the Second World War and explores the story of Captain John Yossarian, a B-25 bombardier of the U.S. Army Air Forces. The fictional plot and characters wonderfully tell a story about how the expression “Catch 22” is used to explain many things unreasonably.

The story tells us how the American pilots of a fictitious squadron try to avoid certain death in combat. The only way out for them would be to be declared mentally unfit; however, this possibility is almost non-existent, which leads them into a “Catch 22” situation.

3. Love In The Time of Cholera – Gabriel Garcia Marquez

This is a Spanish novel written by the Colombian author Gabriel Garcia Marquez in 1985, and an English translation was later published by Alfred A. Knopf in 1988. It was also adapted into an English film in 2007.

This beautiful story takes us through the lives of the main characters Florentino Ariza and Fermina Daza. A skilfully interwoven plot tells us how they fall in love and how Ferina’s father Lorenzo Daza resists and separates them by moving to another town. Although they continue a long-distance relationship via telegraph, she returns and finds that they are almost strangers.

Fermina later marries Dr. Juvenal Urbino, who works to eradicate cholera. They grow old together while Florentino continues his promiscuity. The story tells how he still loves Fermina and proposes to her after her husband’s death. She also learns that Urbino was unfaithful and slowly understands the value of Florentino’s love.

This extremely popular novel by Louisa May Alcott, entitled Little Women, is considered a must-read. In fact, the novel was such a huge success that readers wanted to learn more about the lives of the four main characters Meg, Jo, Beth, and Amy March. The novel is said to be loosely based on the author and her sisters.

5. Gone With the Wind – Margaret Mitchell

This is a novel from the American South, set against the backdrop of the American Civil War, written by Margaret Mitchell in 1936. It was made into a feature film and won 12 Oscars, including Best Picture, Best Director, Best Actress, and Best Adapted Screenplay. The heroine of this novel Scarlett O’Hara is a strong-willed daughter of an owner of the Georgia Plantation. The whole story tells of her romantic interest in her cousin Ashley Wilkes’ husband and her marriage to Rhett Butler.

The plot takes us through the lives of Scarlett and Rhett, along with the other characters whose lives are intertwined. The story ends with Rhett leaving Scarlett and her vow to win back his love.

6. Of Mice and Men – John Steinbeck

This is a book that received mixed reviews because of what few people found to be vulgar and offensive language. The story is about how two migrant workers, George Milton and Lennie Small, moved to America during the Great Depression to find work. While George is intelligent, Lennie is mentally disabled. It is a beautiful story about how they dream of owning their own piece of land, but eventually George ends up killing Lennie because of his destructive nature that led him to murder.

Published in 1847, this book, a classic of English literature, speaks of the hypocrisy, class differences, gender inequality, etc. that prevailed in the Victorian era. Wuthering Heights is the farmhouse of Heathcliff, the landlord of Lockwood who rented Thrushcross Grange.

After a night of snow at Wuthering Heights and a nightmare about a lady named Catherine, Lockwood returns home and tells his housekeeper about her experience. She then tells him the story of Wuthering Heights.

The renowned author Mark Twain published this in 1884 and it is frequently mentioned among the Great American Novels. The story is told as a first-person narrative by Huckleberry Finn, who is a friend of Tom Sawyer, the main character of the other two famous novels by Mark Twain. The book is set in the American South and contains beautiful descriptions of the Mississippi. The story is at times satirical and talks about racism, which is shown in Huck’s moral conflict.

This satirical novel, published in 1945, is about the events that led to the Russian Revolution of 1917. Orwell himself described Animal Farm as a satire against Stalin. The story is about how the animals of a farm take over the farm and displace their human master.

10. How To Win Friends and Influence People – Dale Carnegie

The title itself suggests that this is mandatory reading for everyone and the fact that it is by bestselling author Dale Carnegie cannot be ignored. Although published in 1930, the theories are still valid today. This is an absolute classic that talks about how simple things like smiling and remembering people’s names can help and go a long way. It is a simple book that talks about the basics that people should follow in society.

11. The House of Spirits – Isabel Allende

This Spanish novel was initially rejected by many publishers, but later became a bestseller and has since been translated into 37 languages. It was named the best novel of the year in Chile in 1982 and also ensured that Allende received the Panorama Literario award.

The plot takes us through the history of the Trueba family over four generations, against the background of the political changes that took place in Chile during this period. The story, which is told mainly from the perspective of the two main protagonists Esteban and Alba, keeps us captivated until the end.

Published in 2003, this novel by Afghan-American author Khaled Hosseini tells the story of Amir from the Kabul district. This story is set at a time of the collapse of the Afghan monarchy, Soviet intervention, refugee exodus, and the rise of the Taliban regime.

SEE NEXT:  How To Become An Registered Nurse

This is the debut novel of the Indian author Arundhati Roy, who won the Booker Prize in 1997. The story tells of the childhood experiences of the fraternal twins Rahel and Esthappen, how small things influence people’s behavior, and how this destroys lives. The book is set in Kottayam, Kerala, and deals with communism, the caste system, and the Syrian-Christian way of life.

It is a beautifully told story about the twins’ lives and how they realize in the end that there is no one else who understood them the way they understood each other.

This is the story of a young girl who went into hiding with her family during the Nazi regime. She diligently wrote down her experiences in her diary as a rough report. She died in a concentration camp. However, her diary was found, handed over to her father Otto Frank, and published in more than 60 languages.

The entries are in the form of a young girl’s confidential account to her friend, the diary. It is certainly worth reading and tells of how she still thought about the goodness of people and the beauty of the world around her.

15. For Whom The Bell Tolls – Ernest Hemingway

This is a war story published in 1940. The protagonist, Robert Jordan, is a young American who is a member of the International Brigades. During the Spanish Civil War, he is assigned to a guerrilla unit and given the task of blowing up a bridge in Sergovia.

He vividly describes the brutal side of the war, which Hemingway himself experienced. It is a beautiful narrative about the guerrilla soldier and his sense of duty that earned Hemingway a Pulitzer nomination.

This masterpiece by the Russian author Leo Tolstoy talks about the French invasion of Russia. It beautifully traces the impact of the Napoleonic era on Russian aristocratic society through the history of five families, namely the Besuchovs, Bolkonskys, Rostovs, Kuragins and Drubetskoys. The story contains a mixture of fictional and real characters. This work was later translated into English by many authors.

It was celebrated as one of the best literary works of fiction of the 20th century and was also made into a film. It is a beautifully woven web of fantasy that was a sequel to The Hobbit. The strength of the story lies in each character: the Dark Lord Sauron, Frodo Baggins, Sam Gamgee, Meriadoc Brandybuck, Pippin Took, and many others. The story is set in the fictional land of Middle Earth. The story is about A Ring with the power to rule and corrupt those who wear it.

Read: Guy Pranks On Subway By Reading Books With Fake Cover To See How They React

The Catcher in the Rye is a novel published in 1951, originally intended for adults. Since then, however, it has become popular with teenagers, as it records the alienation and fear that teenagers experience. It was included in the list of the 100 best English novels written after 1923. The story unfolds through the life of Holden Caulfield, a teenager who leaves an exclusive private school in Pennsylvania to travel to an institution.

The story wonderfully captures the ups and downs of a teenager’s life and is therefore very popular with teenagers.

It is a novel written by the English mathematician Charles Lutwidge Dodgson in 1867 who published it under the pseudonym of Lewis Carroll. The whole story is about how Alice, a little girl, falls down a rabbit hole and finds herself in a world of fantasy and fiction. This story tells of the power of imagination and takes you into another world.

This novel, published in 1932, is about London in 2540 A.D. It talks about advances in reproductive technology, psychological manipulation, sleep-learning, and classical conditioning. The plot reveals the friendship between Lenina Crowne and Bernard Marx – one is socially accepted and the other not.

These are the 20 books that everyone should read and not miss! We are sure you will love every single book for its uniqueness and narrative. Go ahead and enjoy them at your leisure!