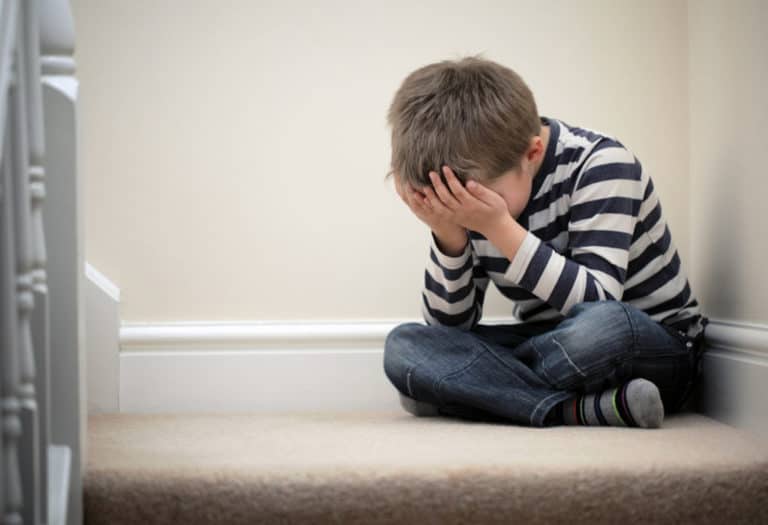 You will be quite surprised to learn that about 20% of American children suffer from psychiatric disorders, or another type of mental illness that can be diagnosed but is not. What’s more, there are more than 5 million American teenagers and children who are going through a serious form of mental illness that has become almost an integral part of their daily lives. Most of the major mental illnesses in children and adolescents often goes unnoticed because parents are unaware of the symptoms. Even though they may notice a change in their behavior, they think that this is part of their normal behavioral change.

However, this is often not the case. Mental illness in children can be difficult for parents to detect, and for this reason, there are many children who do not benefit from effective treatments. While there are several online resources such as e-counseling.com from which you can get the best counseling guides, there are not many who seek help from them. Here are some things you need to know.

Contents show
What makes it tough for parents to recognize mental illness among children?
Simple signs that a child might be suffering from psychiatric disorders
Mental health conditions which have an impact on children
Early identification and treatment can resolve psychiatric disorders

What makes it tough for parents to recognize mental illness among children?

It depends entirely on the adult who is involved in a child’s life and whether or not the child is suffering from a health problem. It is sad enough to note that the majority of adults are not aware of the symptoms and signs of mental illness in children. Even if one is aware of the red flags, it can be difficult for someone to distinguish the symptoms of a problem from normal childhood behaviour. Each individual child may have different signs at some point, and children usually lack the developmental skills or vocabulary to explain the concerns.

There are several concerns about the stigma associated with mental illness, the use of the right medication, and even the logistical barriers to treatment that can prevent parents from caring for their child if they suspect some form of mental illness.

Simple signs that a child might be suffering from psychiatric disorders

There is a group of mental health experts from around the world who are alarmed at the total number of children who are experiencing various types of psychiatric disorders and are still untreated. In an emergency, we can find a good counselor in your area. If you as a parent know the warning signs in a child that indicate that he or she might be suffering from a mental disorder, it will be easier for you as a parent to recognize things.

The ultimate goal is to make it easier and more effortless for teachers, parents, and pediatricians to know when to take proactive steps to ask for care for either an adolescent or a child. Often it is found that parents are unable to distinguish between normal behavior and the typical moodiness and warning signs of illness. What if you find that your child is displaying ODP or occasionally disruptive behavior such as aggression, defiance, and impulsiveness? These are certainly signs of a psychiatric disorder.

Read also: 5 Signs You May Have an Anxiety Disorder

A group led by psychiatrists from the Mayo Clinic interviewed 7000 families to talk about the language that would be extremely beneficial to parents. Two of the joint federal agencies, the Center for Mental Health Services and the National Institute of Mental Health, offered to fund this project. Here’s what the warning signs might look like:

SEE NEXT:  Saunas and Weight Loss – Debunking the Myth with Studies

Mental health conditions which have an impact on children

The range of mental health conditions affecting children could include the following:

The most important step you can take is to have your child go through a screening that is designed for the younger generation whose emotions and behavior may be symptoms of a larger problem. There is also a complimentary parent screening that is also done alongside. Once the results are available, you can start a conversation with the child about his or her mental health, and this can have a good influence if you talk to your child’s psychologist or pediatrician.

If your child is diagnosed with psychological problems, you should decide on a comprehensive and far-reaching treatment plan that must include psychotherapy. This may also include medication. The plan must be discussed with all family members, and the child concerned should also be involved in decisions about treatment.

So if you want to know what mental health symptoms the children have, you can consider the disorders listed above and their symptoms. Get them treated as soon as possible.

Read Next: A Guide To Boost Your child’s Academic Performance with Music Lessons!