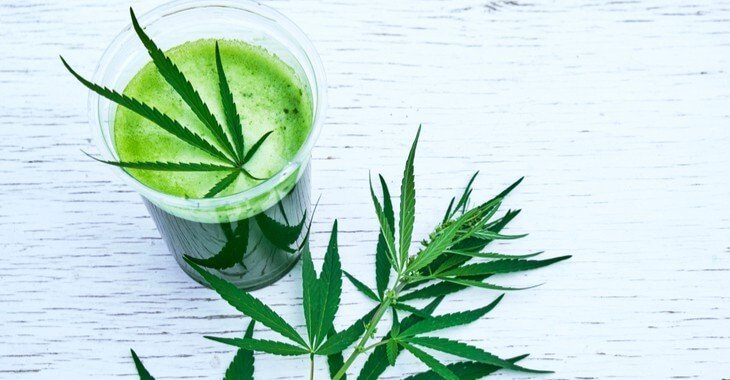 Marijuana consumption has steadily increased in recent years thanks to widespread legalization and the growing acceptance among the population. In the United States alone, recreational grass has been legalized in ten states, while juicing cannabis is legal in thirty-three states. According to a study by Grand View Research, Inc., the global marijuana market is estimated to be worth $146.5 billion by the end of 2025.

However, the plant was already part of human civilization before legislation tilted in its favor. In fact, its earliest use can be traced back to Asia in 500 BC, where it was used for various medicinal purposes.

Today, pot is used in a variety of ways, from the classic joint, known for its ability to induce relaxation and happy vibrations, to cannabis-infused butter that can be baked into brownies. But did you know that grass is not just for smoking or eating? You can drink it as a juice and enjoy a number of health benefits. Here are some reasons why juicing cannabis is good for your health.

Contents show
Juicing Cannabis Benefits
1. Does Not Get You High
2. Higher Doses of Vitamins and Minerals
3. Fights Inflammation
4. Mix with Other Fruits

1. Does Not Get You High

When people think of weed, they usually associate it with good times and being high, but this plant is more than a recreational drug. If the idea of getting stoned keeps you from using marijuana, you will be glad to know that you don’t get high if you drink it raw. This is because tetrahydrocannabinol or THC, the active compound in the weed responsible for its psychoactive effects, can only be activated when exposed to heat.

The bottom line is that by juicing cannabis leaves you can enjoy cannabis as much as possible, and you get its many health benefits without feeling psychoactive effects that might make you uncomfortable.

SEE NEXT:  5 Signs To Note That You May Have an Anxiety Disorder

2. Higher Doses of Vitamins and Minerals

Two of the most popular types of cannabis use are cooking and smoking. But did you know that exposing the plant to heat deprives it of its many nutrients? Dr. William Courtney, a specialist in raw cannabis and a passionate advocate of marijuana, says that you lose up to 99 percent of the benefits of marijuana if you cook or smoke it.

Marijuana leaves are known as a superfood and are packed full of proteins, minerals, antioxidants, vitamins, fiber, and balanced levels of essential amino acids, and to get the most out of them, you must eat the leaves raw.

Last but not least, the body is able to absorb higher doses of cannabinoids when marijuana is consumed raw. Cannabinoids are the hundreds of naturally occurring compounds in cannabis that are responsible for the interaction with the body and trigger various therapeutic effects.

It is known that the hundreds of active compounds in cannabis known as cannabinoids interact with the body’s endocannabinoid system, and this interaction triggers various benefits such as the regulation of inflammation. The inflammatory responses of the body are its way of protecting itself from infection or damage.

However, when inflammation becomes persistent, it may cause more harm than good. Chronic inflammation has been linked to many serious health conditions, including heart disease, rheumatoid arthritis, and even certain cancers. By drinking cannabis juice, you release cannabinoids into your body, which are helpful in communicating with immune cells to help them calm down and reduce inflammation.

However, when inflammation becomes persistent, it can do more harm than good. Chronic inflammation is associated with many serious health problems, including heart disease, rheumatoid arthritis, and even certain cancers. Drinking cannabis juice releases cannabinoids into the body, which are helpful in communicating with immune cells to calm them down and reduce inflammation.

SEE NEXT:  7 Natural Ways To Recover From A Sports Injury

4. Mix with Other Fruits

If you are very picky about the taste of what you eat and drink, juicing marijuana is probably the best way to consume the plant. Raw marijuana is particularly strong, and you can improve the taste and nutritional value by mixing it with other fresh fruits and vegetables.

In addition, some people cannot tolerate the smell of marijuana smoke, and smoking is generally not allowed in public places, which limits your ability to enjoy the benefits of marijuana smoke if you intend to consume it in this way.

On the other hand, marijuana juice can be enjoyed practically anywhere. Simply store the drink in a clean water bottle like your regular breakfast smoothie or fruit juice, and you can enjoy it on the go.

Remember that while weed has gained wide acceptance over the last decade, legislation is difficult to manage. In the United States, for example, marijuana is still illegal at the federal level, and policies regarding the drug vary from state to state and from workplace to workplace.

This means that some employers can still require employees and job applicants to pass a screening test for grass, even if they are in a state where the drug is legal. However, you should always make sure that you are aware of the drug laws in your state and workplace before using cannabis in any way.

If you are about to undergo a drug test and fear that traces of marijuana may be detected in your system, you may consider detoxification.

Read Next: 5 Best Healing Properties of Cannabis You Need to Know!