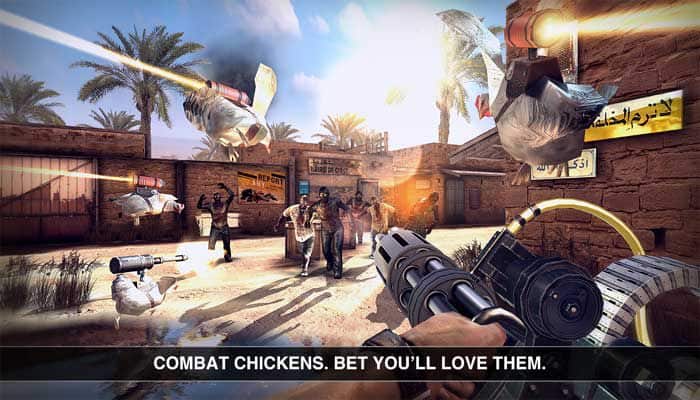 Android is loved by most people for several reasons, but Android comes first because of the wide range of apps and games it offers. People have become addicted to its top-notch games. Although there is a wide variety of free top-quality Android games available in the Play Store, it is difficult to browse through them all and find the best of the best. That’s why we’re here to help you with a handpicked list of the best free Android games.

Traffic Rider is an action-packed first-person motorcycle game. Traffic Rider is a very detailed game with simple but amazing graphics. The handling of the motorcycle in the game is very realistic and the player will have no problems controlling the motorcycle. It is an endless racing game, which also includes a career mode. The sound in the game is also realistic; they recorded the real motorbike sounds for the game. You can choose from 20 stunning world-class bikes, while the career mode has more than 40 missions. So stop thinking and get going; download the game from the Play Store.

This is a simple and very addictive puzzle game. Once you start, you will play it until your battery runs out. It will challenge the depth of your brain. The theme is simple: move the game pieces by swiping them. The tiles will add up if they have the same number. And just like that, you have to create a tile with the number 2048. The tokens have the numbers 2,4,8…1024…2048. Immediately after the game launched, it reached the top of the download charts on the Play Store. There is nothing wrong with this game; it is simple, addictive, and challenging. So don’t wait and download this ridiculously addictive game from the Play Store.

The original game of slicing the juicy fruit. Fruit Ninja is one of the most popular games in the world. The game is super easy; all you have to do is slice the fruit. The blades and dojos have a unique effect when you slice the fruits. To play the game, all you have to do is slide your finger across the screen and it will cut the fruit in half with fascinating and juicy effects. If you hit a bomb, you’re out. The aim is to slice an increasing amount of fruit, the longer you slice, the longer you play. There are many fruits that you can slice like a ninja and each fruit has a great effect. So slice fruit, not bombs, and download this game from Play Store.

Dead Effect 2 is a game that has given a new shine and polish to the first-person shooter game in Android. This action-packed first-person shooter game looks absolutely amazing with its graphics and gameplay. The game has console-quality graphics that are better than any other action game for mobile phones. The plot of the game is amazing and it has RPG elements that make the game even more addictive. There are many weapons and equipment that you can upgrade as you continue to play the game. You can download the game from Play Store.

QuizUp is a trivia-based mobile game, one of the most popular quiz-based games around. It has shown the world that everyone is an addict when it comes to a quiz game. So if you’re a quiz nerd and love to be up to date on various topics, this is the game to play. The quizzes in QuizUp are a mix of many different genres, from your casual knowledge to science and film. You can play alone to test your general knowledge, or you can challenge players from around the world. So, play QuizUp and act smart, download the game from the Play Store.

The arcade-style game Vector has you as a free runner who is not held back by the system. The game begins with a perspective into a totalitarian universe where individuality and freedom are more than a distant dream. But the heart of a free runner is brave, and you are freeing yourself now. You run, slide, climb and jump with impressive skills based on the urban ninja game Parkour. You are followed by a “Big Brother” whose only task is to catch you and bring you back. You can install this game from the Play Store.

Trial Xtreme 3 is equipped with breathtaking new concepts and fantastic features. Take on 112 totally real tracks, race with your friends and watch out for hundreds of mines, car wrecks or water pipes lying in your path.

Customize your rider and bike to your liking, then start the race by taking advantage of great new social networking and offline multiplayer features that let you challenge friends or random players even when they’re offline. This is one of the most famous and best free Android games. You can install this game from the Play Store.

Well, you have watched the video – now the lives of these cute stupid characters are in your hands. Go through 15 fun mini-games as you try to earn all those lovable silly characters for your station, score high, and unlock the popular music video that started it all. From snakes and piranhas to railroad crossings and platforms – flick, swipe, and tap to get away safely from a variety of DUMB WAYS TO DIE. You can install this game using the Play Store.

#07. Dots: A Game About Connecting

The great and addictive game hit Dots is now available for Android smartphone and tablet users! It’s very easy; connect as many dots of the same color as possible in one minute. Compete with your friends on Facebook and Twitter for high scores and share them on your profile. Check out the Gravity Shuffling mode, No Limits mode, and Endless mode. A timeless motion-based mode is also available; sit back and take your time while you plan your moves.

Any dot you make can be used for power-ups. If used wisely, power-ups can have a huge impact on your score! Earn more points for every dot eliminated in a game, or, if you run out of time, you can even buy them. This is one of the latest top-of-the-line free Android games that has spread all over the planet. You can install this game from the Play Store.

The #1 best free Android game worldwide with over 2000 million games played so far!

Can you contaminate the earth? Plague Inc. is an extraordinary mixture of strategy and amazingly realistic simulation. Your virus has infected Patient Zero. Now you should make room for the end of human history by creating a deadly, universal virus while adapting against everything mankind can do to protect itself.

Plague Inc. of developer Ndemic Creations takes inspiration from the strategy genre and forces mobile gaming (including you) into new dimensions. Plague Inc. is a superbly executed game with advanced gameplay. It’s You vs. the Planet – only the strongest can survive! So now you know how this game got a place in the list of the best free Android games. You can install this game from the Play Store.

SEE NEXT:  Best Processors For Gaming At An Affordable Price

Here comes the feast for all football fans. Madden NFL Mobile from Electronic Arts will give football fans the ultimate in football fun. Pick your favorite NFL players and put together the best team. Take control of the pitch and attack friends in the offensive shootout mode. The game features crisp gameplay and stunning graphics. This is one of the best top-of-the-line free Android games. You can install this game from the Play Store.

Dead Trigger 2 offers a first-person zombie shooter. Despite all the hyper-realistic graphics, Dead Trigger 2 remains packed with rib-tickling humor. The controls use a fast and intelligent auto-fire mechanism that maintains focus while aiming and moving.

In particular, there’s a fast-paced crafting and hiding system where you have different helpers to make things for you, even though it takes time. There is a bounty, but it is used almost exclusively to speed up the building process; each weapon can be made and upgraded using the money you earn during the game. Frequent events take players to new parts of the universe, with collective honors when the goals are achieved.

If you’re looking for a top-notch shooter, you”ll find it difficult to find anything better than Dead Trigger 2. You can install this game from the Play Store.

In Plants vs. Zombies 2, zombies are gradually moving towards your house, and you need to create a battle formation and use your planting skills to defend it. Lighting Reed, Bloomerang and Bonk Choy are just a few of the latest additions to your plant collection to help you fight the zombies. Earn coins and buy power-ups that give the game a new look. Find out how long you can survive in this Action Strategy game! You can install this game using Play Store.

Galaxy on Fire 2 is a sci-fi role-playing game (RPG) in which players smash their way through a gorgeously equipped world. The quests range from mining asteroids to tracking down space pirates and everything in it. There’s plenty to trade, and you can upgrade your ship at any time and buy new journeys with the treasure you earn. There’s a deep storyline to enjoy, and expansions that are accessible via in-app purchases. You can install this game from the Play Store.

Here come the best free Android game for racing addicts. Asphalt 8: Airborne is currently the most popular racing game in the world. It breaks all hyper-reality standards and offers a first-class, thrilling game with all the trimmings. Players can go their own way through the career mode, unlocking new exciting cars and upgrading them, or fight the battle online in live or staggered multiplayer mode. There are the regular racing events, in addition to the new “Tainted” races, where players must tag others before succumbing to a quirky virus. The amazingly polished graphics and the breathtaking soundtrack make Asphalt 2 an adrenaline trip that you won’t soon forget. You can install this game from the Play Store.