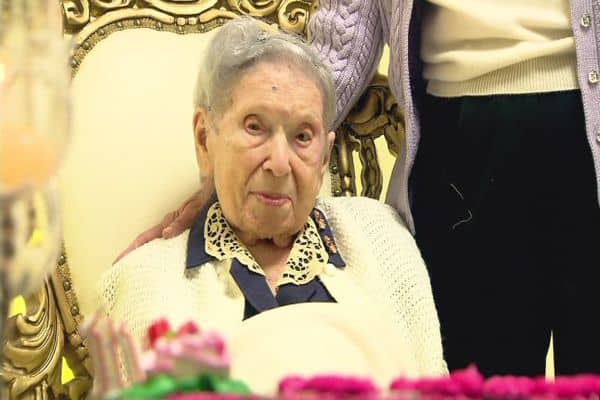 Well, if you have landed here then you might be speculative of human aging and you are curious to know about the woman who has seen a great number of birthdays. She is the woman who witnessed all the historic events of the past century. So, you are not going empty handed and probably get to know the oldest woman in the world. Don’t wait more, go on and read now.

The Oldest Woman In The World

Jeralean Talley resident of Michigan breathe her last on 17 June 2015 at the age of 116 years. The Los Angeles-based Gerontology Research Group claimed Talley to be the world’s oldest person as per records. She celebrated her 116th birthday just a month ago at church and the local office of Department of Health and Human Services.

The oldest woman had given credits of her title to Almighty. She felt the same on her 116th birthday as ever and enjoyed her life to last. Montrose, Georgia is her birth place and was born in 1899. Later in 1930s she moved to Michigan. The lady lost her husband in 1988 at the age of 95. The lovely lady’s favorite hobby was bowling and she played until 104 years of age and this lively person went to annual fishing trip until before long her death. She found pleasure in spending time with her great- grandson aged 2 years.

The death of Jeralean Talley has left the title of the oldest woman in the world to Susannah Mushatt Jones. She is 115 years and when asked her about the secret of her long life. You are likely to get quite a simple answer as to there is no secret for leading a long life. As per the supercentenarians roster validated by Gerontology Research Group she is the second oldest American.

Her family cannot believe the fact as to this day she is pretty well with no health concerns. She never smoked or drank. Until today, she sleeps a complete 10 hours during the night like a champion. Moreover, her food habits remain quite interesting and healthy. She loves to start with bacon. Her breakfast consists of four strips of bacon, grits, and scrambled eggs.

SEE NEXT:  What Is Good For Bruises?

Also, when it comes to medication, she is a minimalist. The only pill she consumes is for blood pressure and apart from this she takes the multivitamin. At the age of 100 she lost her eyesight owing to glaucoma and she denied cataract surgery. She was recommended for pacemaker but refused to put one. Once in every three or four months she visits her primary care physician.

Meet this oldest living person from Italy. She was born on 29 November 1899 and aged 115 years. Additionally, she has the credit of last surviving person of Italy born before 1900. She took birth as the eldest daughter of Giovanni Morano and Matilde Bresciani in Province of Vercelli, Italy. She credits her longevity to the unusual nature of her diet. When she turned 20 years, her doctor had advised her to consume a raw and a cooked egg every day and she follows the same eating pattern until date.

For one of the Italian newspapers, she had told that her dinner also is a light one and it includes one glass of milk. Apart from the food habits, her sleeping pattern also might have a positive impact as she sleeps sufficiently. One more interesting factor about her is that she follows the age-old practice of early to bed, early to rise. She will go to bed by 7 p.m. and will get up before 6 a.m.

This Jamaican lady born on 4 March, 1900 boasts to be one of the oldest women in the world. She is 115 years aged and she can read her daily devotional bread flawlessly without any eyewear. The secret of her long life is been credited to staying healthy without any illness associated due to aging. Moreover, the centenarian gives out one more secret that is to respect parents and honor them to have long days. And she gives credits to her family and to her hard work during childhood. Her diet includes everything except chicken and pork.

Additionally, she does not consume rum. She finds it difficult to believe for herself as to she is 115 now. Though she remains less active off late but makes her bed every morning. Her son and the grandson take care of her. Although, she has hearing inability she lives it has not affected her much and she does not suffer from any of the major sicknesses.

She was born on 4 August 1900 aged 114 years and is a Japanese supercentenarian. At this time she is the oldest living person in Japan as per the records. And she is the fifth oldest in the world. Lives in Kagoshima where she was born. Once again she is the last Japanese surviving person of the 19th century.

Goldie Steinberg from USA aged 114 years was born on 30 October 1900. Her 114th birthday was celebrated at Grandell Rehabilitation and Nursing Center in Long Beach, New York. The world’s oldest documented Jew had her birthday graced by her friends, family, and numerous local politicians. She was born in Kishinev city part of the then Tsarist Russian Empire.

The most terrible memories she might ever remember is the bitter Kishinev pogroms of 1903 and 1905. Although, she do not remember the painful period she has learned about the scenarios from her siblings and parents. Her family was protected by one of the non-Jewish neighbors who hid all of them in his house. Her father Chatzkel used to recall the scary moments vividly.

When Mrs. Steinberg asked about her past memory of World War I told, she had witnessed a lot of Jews came to the city of Kishinev to get away from the clutches of death. The town had three shuls opened for the lot of Jews coming in as refugees to sleep and reside. Now the lady who passed a lot of horrific moments is now one of the supercentenarians.